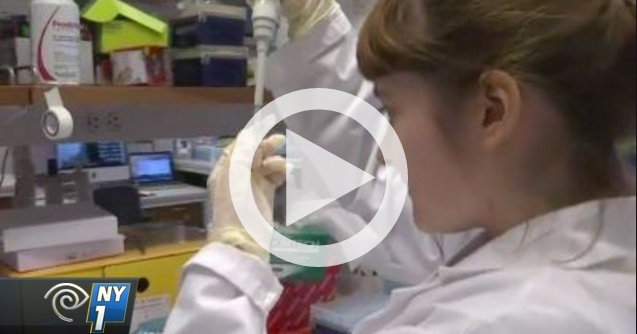 In his State of the Union address President Barack Obama made finding a cure for cancer a moonshot of his final year in office. It's a lofty goal as cancer is not just one disease but many. But with the help of doctors at a New York institute one woman may have found her cure, tailored just for her. NY1's Erin Billups filed the following report. Watch the broadcast here.

Irene Price was diagnosed with bladder cancer in 2008. She was treated, it went away but then it came back in 2013. She had surgery to remove her bladder and underwent chemotherapy. A short time later it reappeared in her liver.

"I responded to treatment very, very well. But as soon as I was okay, I didn't have much time in between, it popped up someplace else," recalls Price.

Eventually her oncologists at Weill Cornell Medicine teamed up with the hospital's precision-medicine experts to sequence her genes - around 20,000 of them.

It's called the EXaCT-1 test, recently approved by the state to be used on more of the hospital's advanced stage cancer patients.

"I was very optimistic, because my theory was as long as they keep offering me something I'm okay," says Price.

"By having a test like this we capture all of the potential mutations or alterations that we see in the genome," explains Dr. Mark Rubin, Director of Precision Medicine Institute at Weill Cornell Medicine/ NY Presbyetrian Hospital.

The genome is an individual's complete set of DNA. After sequencing Price's, doctors took tissue from her tumor, and grew the cells in a petri dish.

"We're hoping that using these cells we can think of them as an avatar for how the patient would respond with different types of drugs," says Dr. Rubin.

It turns out she had a mutation commonly associated with breast cancer, not bladder cancer.

"We confirmed it and we basically used a regimen that is used in breast cancer in women," says Dr. David Nanus, Division Chief of Hematology & Medical Oncology at Weill Cornell Medicine.

The cancer in Price's liver has since disappeared.

"I found it amazing. And I keep thinking what would I have done if I wasn't here," says Price.

Price knows what would have happened. She lost her husband to esophageal cancer over 20 years ago and marvels at how science has advanced and the time it's given her.

Gene sequencing on this scale is just the beginning of the revolution in cancer care. 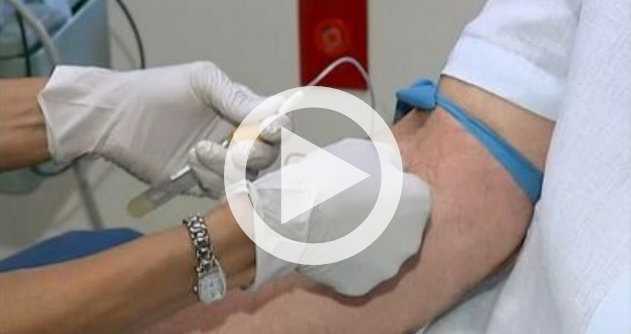 Scientists say we're in a medical renaissance of sorts where the goal of curing cancer - the many different versions of it - may actually be in reach. NY1's Erin Billups has more in part two of her look at precision medicine.

It turns out Irene Price's bladder cancer was better treated with drugs used for breast cancer. Her story, an example of the shift in cancer care - at least for advanced stage patients at hospitals like Weill Cornell Medicine, where they're practicing bench to bedside care, also know as precision medicine.

"It used to be you had colon cancer, or you had prostate cancer and you would be treated that way. Now we've realized that many cancers have different driver mutations or different alterations that are more important than where the cancer actually originated," says Dr. David Nanus, Division Chief, Hematology & Medical Oncology Weill Cornell Medicine.

Patients' mutations are kept on file and studied, and when new treatments become available, they quickly find out which patients may benefit.

"I have patients who five years ago would have died that are still alive. So in four or five years, we're hopeful that we're going to have another new drug. We may not be able to cure you, but maybe we will. But if not maybe we can turn this into a chronic disease, just like diabetes or heart disease, you take a lot of drugs, you don't necessarily die of those illnesses," says Dr. Nanus.

With the help of super computers tailoring treatment to a patient's specific needs, is no longer something just for the rich.

"Sequencing technologies have gone from millions and millions of dollars to do one test to now a test that costs a few thousand dollars. As time goes on we're going to see that the costs are going to become very small, the time it takes to do it will become smaller," says Dr. Mark Rubin, Director of Precision Medicine Institute at Weill Cornell Medicine/NY Presbyterian Hospital.

Institutions all over the world are taking similar approaches to treating cancer - looking for mutations in tumor tissue samples.

The next step is sequencing a person's genome through blood, known as a liquid biopsy and that's just the beginning.

"We want to be able to identify the patient at risk, before they develop the tumor that's going to be most aggressive," says Dr. Rubin.

And hopefully, doctors say, they can identify those who have disease that won't cause harm, cutting down on overtreatment.