Cancer: It’s personal, and not only on an emotional level, but a molecular one. Every patient's cancer is unique, driven by distinct biological factors. So, too, should every patient’s treatment. 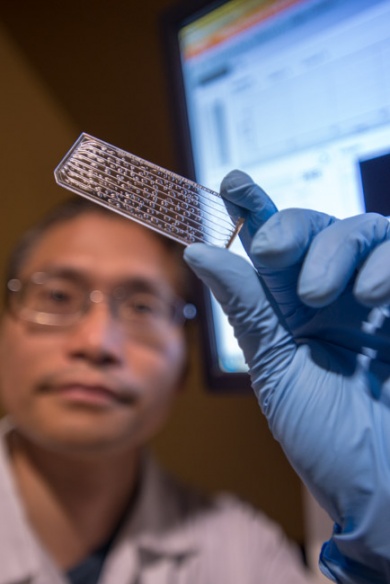 That is the premise of precision medicine.

“You start doing the math and you see that the probability that any two people have the exact same combination of events is very rare,” said Meyer Cancer Center director Lewis C. Cantley, Ph.D. Traditionally categorized according to anatomical site of origin, cancer is now recognized as a diverse range of diseases, with countless permutations of mutations, many of which evolve throughout the course of a patient’s disease. And it takes several genetic events to occur before cancer develops: five, on average. There may be mutations that inappropriately turn genes on (an oncogene) or off (a tumor suppressor gene), and lead to uncontrolled growth. They may interfere with cell safeguards like apoptosis (programmed cell death), or communication between cells and tissues.

“It’s humbling to look at what’s going on in a cancer cell.”

Humbling and enlightening. By closely examining the genetic and epigenetic disruptions in the cancer cells of individual patients, scientists can discover the hallmarks of each person’s cancer and use the information to inform treatment strategies. They can gain insight into probable causes of the cancer, and predict how it might react to different interventions, such as drugs or immunotherapy.

At the Meyer Cancer Center-affiliated Institute of Precision Medicine, the process starts with an advanced analysis of molecular abnormalities associated with both solid tumors and hematologic malignancies, using a variety of technologies, including microarrays, exome (protein-coding) sequencing, and whole-genome sequencing, in partnership with NewYork-Presbyterian Hospital and the New York Genome Center.

Since its inception in 2013, the Institute of Precision Medicine has analyzed the tumors of 200 patients. The goal is that eventually every cancer patient treated at Weill Cornell and NewYork-Presbyterian Hospital – around 6,000 per year – will have their cells sequenced.

That analysis has generated a lot of data -- whole exome sequencing examines approximately 20,000 genes, and identifies an average of 50 mutations per cancer patient.

The challenge then becomes how to parse out that information, and to make it useful.

“We need to make sure that all of the people involved, starting with the patient and their primary caregiver, understand the data that’s being developed and how it could be used for treatment or care,” said pathologist Mark Rubin, the Homer T. Hirst III Professor of Oncology and director of the Institute. “And as research faculty, we want to figure out how we can use the information to make the next discoveries and be able to change how patients are treated in the future.” 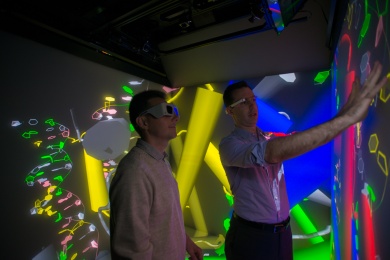 To do so, he’s enlisted the help of a team of researchers that involve oncologists, pathologists, surgeons and radiologists, as well as scientists and computational biologists like Olivier Elemento.

The associate professor of computational genomics, physiology and biophysics helped create a simple-to-read “tumor profile” report that summarizes the results of the genomic analyses. It briefly describes the pathology of the tumor, and identifies all of the mutations found. The mutations are further broken down into three categories: those that are “actionable,” for which targeted therapies have been identified; those that are known to drive cancer but are not yet actionable; and those whose significance is not known.

By noting every mutation, even those that are not yet understood, the hope is that future treatment options may emerge as advances in scientific knowledge and drug development are made. The discoveries could also help direct such advances, and lead to innovative new clinical trials.

“That’s one of the important long-term benefits of the precision medicine program,” Rubin said. “It’s not just about the single interpretation of one biopsy, but also being able to follow the patient throughout the course of their clinical care.”

“There’s not necessarily always going to be an answer for patients, but we have had some nice examples where we’ve made a discovery where there exists a drug that could potentially be used for that patient,” Rubin added.

One such example was the case of Irene Price, whose bladder cancer was abolished using drugs designed to target breast cancer, after analysis of her tumors identified abnormalities generally associated with the latter disease.

So far, the technology has been used primarily to identify treatments for cancer patients with advanced disease and no existing treatment options, or to determine the mechanisms of drug resistance in patients who stop responding to treatments, redirecting them to more successful therapies.

But Rubin and Elemento hope to apply it earlier – ideally as soon as diagnosis.

“This would give us better options from the get-go, instead of waiting until the patient is too sick,” Elemento said. 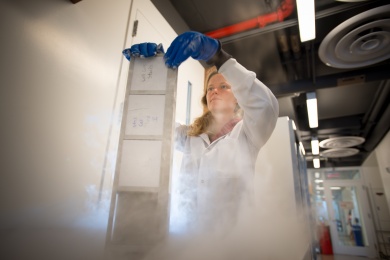 The program’s scope will be expanded to cardiovascular disease, neurodegenerative disease and other areas where understanding germline alterations is important. Future focus will also be on preventive precision medicine, which would allow physician-scientists to identify patients’ risks of diseases and take necessary steps to aid in their prevention through medical treatment and/or lifestyle modification.s better options from the get-go, instead of waiting until the patient is too sick,” Elemento said.

Rubin said the concept of precision medicine was initially met with some resistance, but the concept has become increasingly embraced by the cancer community.

“It was hard to go from a system where there’s one mutation and one drug for that particular mutation, to a mindset where we need to explore what we potentially can do with much larger datasets and how we can align the patient with the right drug,” Rubin said. “We’re creating a new paradigm and when you have a paradigm shift, it’s always difficult.”

Having a home at the Meyer Cancer Center where researchers can meet and discuss issues that are related in a way that crosses different cancer types and disciplines has been a big boon, Rubin said.

“We have the advantage of being a small enough size that people work extremely well with one another,” Rubin said. “It’s also great because under the direction of Dr. Cantley, we have one of the world’s leaders in really understanding signaling and the architecture of how cancers work, who is also experienced in the development of drugs, which allows us to have a much broader vision than we might otherwise. It allows us to really go from bench to bedside, bedside to bench, and back to bedside.”

“We also have a strength in the computational aspect, and as we develop, I really think that we will be leaders in the field,” Rubin added.