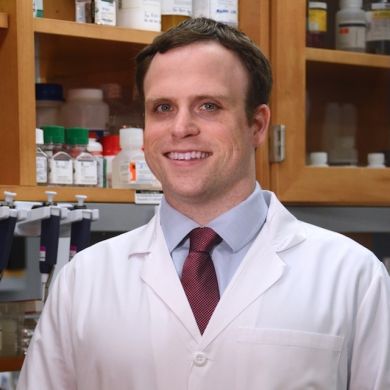 Analyzing the entire cancer transcriptome or targeted transcripts with deep genetic profiling and other technologies provides a rapid and accurate means to detect potentially important expression changes. Further, identifying and evaluating modifications in the RNA of tumors helps reveal not only their oncogenic properties, but also how they will respond to anticancer therapies.

Nucleotide modification is one of the most evolutionarily conserved properties of RNA, according to Christopher E. Mason, Ph.D., an assistant professor of computational biomedicine at Weill Cornell Medical College.

“There are many ways disruption of RNA can contribute to cancers,” says Dr. Mason. “This can occur immediately after being synthesized, localization, or later from defects in processing.”

An example of RNA acting as an immediate oncogenic force, continues Dr. Mason, may be seen in some of the thyroid cancers found in children who were exposed to fallout after the Chernobyl nuclear reactor accident: “In our collaborative study, 22 tumors were found to harbor fusion oncogenes, many of which aberrantly activated MAPK signaling pathways. Additionally, other fusions led to overexpression (that is, enhanced transcription) of a nuclear receptor associated with malignancy.”

Issues also can arise from RNA processing defects. “Examples include retention of introns or failures in spliceosome functions,” notes Dr. Mason. “In the cytoplasm, RNA editing process may also become dysfunctional. Perhaps an A is inserted instead of a G, and what was benign now becomes oncogenic.”

A new and exciting area of research is what Dr. Mason calls the “epitranscriptome,” which describes the multitude of RNA modifications. “There are currently about 110 known RNA base modifications,” Dr. Mason points out. “Alterations in methylation can pathologically change where RNA goes, how its information is interpreted, or create changes in its stability. All of these can contribute to the development of cancer.”

Coupling information from the epitranscriptome with a wealth of other contemporary technologies is allowing new ways of investigating cancer. In a recent study of acute myelogeneous leukemia (AML) and chemoresistance, Dr. Mason and colleagues found a convergence of disrupted biological networks in DNA, in DNA methylation, and in RNA. They identified new prognostic indicators that appeared to be associated with predicting relapse time, and they observed allele-specific switching of damaging mutations. Their findings suggest a dynamic evolutionary landscape of complex molecular changes that promote tumor survival.

Dr. Mason says it is an exciting and extraordinary time in scientific research: “We are just beginning to understand the transcriptomes of cancer. This will allow us to better discover and design drugs more quickly and that work with greater efficacy.”

This is an excerpt of an article that appeared in Genetic Engineering and Biotechnology News. Read the full article here.