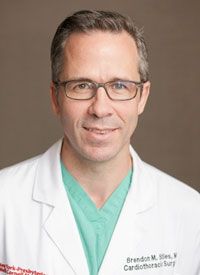 Helen Keller once called optimism “the faith that leads to achievement.”

Cardiothoracic surgeons are well known to be optimists, sometimes to a fault. How else could we undertake challenging, high-risk operations in which the potential for mortality is routinely 1%-2%, but often balloons up to 10%-20% in high-risk patients?

When I refer to “optimism,” I don’t mean the over-the-top surgical ego and braggadocio sometimes associated with cardiothoracic surgeons. To me, surgical optimism is the ability to instill quiet confidence and hope in our patients. In an environment in which it is easy to be blamed for a bad outcome, many surgeons routinely “lay crepe,” or prepare patients for the darkest possible outcomes of high-risk operations. Conversely, with lower (but still moderate-risk) patients, some surgeons may find themselves understating the possibility of complications or poor survival in order to persuade a patient to proceed with an operation.

I have probably been guilty of both at times. Although it is important for surgeons to be honest and describe potential adverse consequences of the operations we perform, it is also necessary to provide our patients with reassurance that we will do everything in our power to safely get them through these operations.

My greatest lesson in surgical optimism came not from a colleague, but from a patient—a 13-year-old boy named Joseph Birchwale.

Joseph had been diagnosed with osteosarcoma and had undergone a left leg amputation 6 years previously. He now presented with metastatic spread of the tumor into his right chest. After an exploratory operation at another cancer center 3 months earlier, the tumor was deemed unresectable.

Unfortunately, Joseph’s cancer progressed with extensive involvement of the central arteries and veins of his right lung and with growth of the tumor into his heart. This led to fluid around his heart and failure of the right side of his heart. Joseph became very ill while undergoing medical treatment.

Because of the cardiac involvement, he was urgently transferred to our center for evaluation by our pediatric heart surgeon, Jonathan Chen, a close colleague of mine. We were asked to consider an emergent right lung removal and resection of the tumor inside of the heart. This would certainly be a challenging operation given the extent of the cancer and likely not a curative one. Additionally, given Joseph’s existing heart failure, the operation was exceedingly high risk to him. Dr. Chen, the Pediatric Intensive Care Unit (PICU) team, and I met with Joseph and his family. Crepe was certainly laid and the possibility of doing nothing and making Joseph DNR – “do not resuscitate” – was raised. Despite this, Joseph and his family remained steadfast in their desire for aggressive management and elected to proceed.

Dr. Chen and I performed what could only be called a fairly brutal operation. We utilized a “clamshell” approach in which both the sternum and rib spaces on both sides are divided opening the chest from the front (like a clam). This gave us good exposure for the operation. However, the cancer and scar tissue from previous operations made dissection of the lung and around the heart quite challenging. We eventually used cardiopulmonary bypass to open the heart and found cancer extending into it through the veins from his lungs. We had to remove a significant portion of the wall of his heart along with the lung. Dr. Chen and I performed a complex reconstruction of the heart wall and repaired one of Joseph’s heart valves.  We eventually stabilized Joseph and got him out of the operating room and upstairs to the PICU.

I hadn’t really spent much time with Joseph prior to the operation. Honestly, I had tried to remain a bit emotionally detached given what I perceived to be his high surgical risk and his incurable stage IV cancer. Postoperatively, I’m not sure what I expected. I suppose I thought I would find a bitter, scared teenager frustrated by the lot he had drawn in life. But when I came back to the PICU, I was amazed to see Joseph with a breathing tube still in his mouth, smiling around it, and giving the thumbs up sign. He seemed almost happy and confident. I will never forget the sight.

When we took out his breathing tube the next day, after his chest had been literally cut in half, one lung missing, and his heart stitched back together, Joseph simply smiled. He thanked me and nodded confidently at the few postoperative instructions I gave him. He didn’t have a single complaint or negative comment. His optimism in getting through the postoperative course and in getting back to his life was stunning.

That night, I told my boys about Joseph. I explained to them everything Joseph had been through—the illness, chemotherapy, loss of a leg, and now the loss of a lung. I pointed out that Joseph didn’t complain once, he simply figured out how to move forward. That was a powerful lesson for them and for me.

In hospitals and in life, it is all too easy to get caught in a cycle of complaints, to make a big deal about things that in the big scheme aren’t really so important. That night, I told my boys that I wanted them to be like Joseph, to understand what you can and what you cannot change and to optimistically move forward in life.

Joseph was discharged just 7 days after his operation. We saw him 2 weeks later and he was doing great. A week after that, Dr. Chen and I received a letter with a strange request, asking us if Joseph could play basketball. I tried to imagine that—with one leg, one lung, and a split sternum and ribs. I assumed it meant dribbling and shooting a couple of shots in the backyard and agreed that it was fine. However, just 4 weeks postoperatively, Joseph suited up and took the court in a game for his middle school, running up and down the court for several plays on his prosthesis. I imagine he was an inspiration to everyone and wish I could have been there to see it.

Joseph went on to get more chemotherapy and radiation and was thought to be briefly “disease free.” He initially did well, but his cancer eventually came back in his brain and spine. Sadly, he succumbed to metastatic osteosarcoma 14 months later.

When I think of Joseph, I don’t think of someone who was defeated by cancer. I think of an incredible boy who beat cancer time and again to lead a remarkable, albeit too short, life. On a website devoted to Joseph, it is written that: “Despite all of the adversity that Joseph faced during his intense battle with cancer, he never waived from his belief that he would be victorious over this disease. Joseph did not let the cancer define who he was.” Therefore, when I think of Joseph, I think of optimism.

What in turn, does optimism mean for surgeons? It does not mean overpromising. A real danger exists in deflecting discussions regarding prognosis and in minimizing the possibility of bad outcomes. Patients can be left with a lack of understanding of their risks and hold false expectations and inappropriate optimism. This only sets them up for disappointment and confusion. However, a growing body of literature exists to support the idea that real optimism can be transferred to patients by earnest and truthful discussions, even those involving the possibility of adverse outcomes or even of death. Clarity and transparency do not have to be antithetical to hope and optimism.

Joseph and his family always knew what he was facing, but never waivered.  Patients are remarkably resilient. They deserve to know the odds that they are up against and to participate in a shared decision-making process. Our role as optimists and as cardiothoracic surgeons is simply to make sure that the patients know that we will do everything in our power to make sure that they end up on the right side of the survival curve and of the risk-benefit ratio.