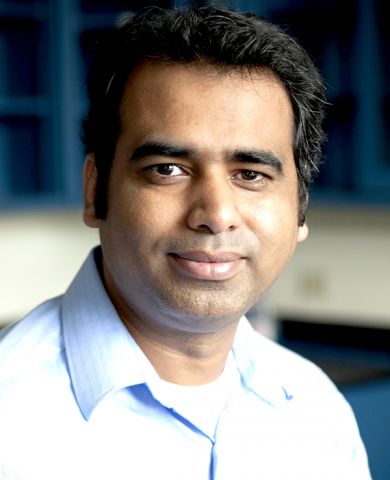 Ankur Singh, Ph.D. Ankur Singh, assistant professor in the Sibley School of Mechanical and Aerospace Engineering and the Meinig School of Biomedical Engineering, has won a three-year, $555,000 grant from the U.S. Department of Defense (DoD) through its Peer Reviewed Cancer Research Program (PRCRP), to further his study of diffuse large B-cell lymphoma.

The PRCRP Career Development Award supports independent, early-career investigators to conduct impactful research with the mentorship of an experienced cancer researcher. Singh’s mentor is Dr. Ari Melnick, the Gebroe Family Professor of Hematology/Oncology and director of the Sackler Center for Biomedical and Physical Sciences at Weill Cornell Medicine.

The goal of the PRCRP is to improve quality of life by decreasing the impact of cancer on active-duty service members, their families and the American public.

Despite recent advances in clinical care, many cancers of the immune system (B-cell lymphomas) remain incurable. That is in large part due to the complex growth and survival signaling of the tumor’s microenvironment.

Singh is focusing on diffuse large B-cell lymphoma (DLBCL) as it’s the most common form of lymphoma; of particular interest are activated B cells (ABC)-DLBCLs, which are most resistant to chemotherapy. The overall five-year survival rate for this type of cancer is approximately 30 percent.

Singh’s long-term goal is to understand the role of the tumor microenvironment, then use this understanding to create strategies for engineering a cure. His work focuses on the use of organoids – ex vivo three-dimensional systems generated from bio-functionalized synthetic polymers and cells. In particular, he is targeting the disease’s common mutated pathways, which has the potential to impact a broad cross-section of ABC-DLBCL patients.

Singh’s research is establishing whether the tissue niche where these tumors arise and progress can modulate how the mutated pathways function and control therapeutic responses.

Singh’s lab recently developed the first 3-D adaptable lymphoma organoids that presented lymphoma-specific survival signals to ABC-DLBCL to modulate their progression and response to cancer drugs. He was also senior author on a paper on organoids and B-cell immunity that appeared in Nature Protocols in December 2016.

With this DoD grant, Singh aims to develop a lymphoma subtype-specific organoid that can be used to understand the role of the tumor microenvironment in ABC-DLBCLs, to better evaluate the pre-clinical and clinical outcomes of a new class of pathway targeting, anti-tumor therapeutics that the team has developed.

The U.S. Congress has directed the program to investigate cancer risks and knowledge gaps that may be relevant to active-duty service members, their families and other military beneficiaries. DLBCL is one of the most aggressive forms of non-Hodgkin’s lymphoma, and due to inherent professional hazards, military personnel are at heightened risk of developing the disease.