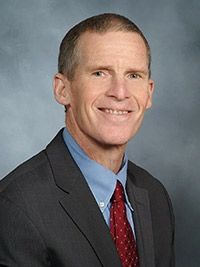 As a neuro-oncologist specializing in brain cancer, Howard Fine, M.D., has spent nearly three decades fighting one of the most devastating and intractable types of tumors.

Over the years, he has treated more than 20,000 people with cancers that originated in the brain—and, he notes grimly, for far too many of those patients, the disease took their lives. During all that time, the median survival for glioma, the most common type of brain cancer, has edged up only slightly, from one year to fifteen months from the time of diagnosis. But Fine has reason to believe that hope is finally on the horizon.

“We now understand the biology and genetics of the tumor much better than we ever did,” says Fine, who moved from New York University last year to found Weill Cornell Medicine's Brain Tumor Center and was recruited as the Louis and Gertrude Feil Professor of Medicine. “Our basic knowledge has dramatically expanded. Now we’re taking a brand new look at this disease, and we’re doing something different—something that we’re really excited about.”

That novel approach involves tiny human brains grown in the lab from stem cells. First described in 2013 by Austrian and British scientists, these cerebral organoids offer scientists the best model yet for conditions like Alzheimer’s and Parkinson’s diseases.

Fine’s team at WCM is the first to deploy them in the fight against brain tumors.

A collection of tiny gray smudges floating in a petri dish, organoids hardly resemble the science fiction trope of a sentient brain trapped in a jar. They also carry none of the ethical baggage: while the neurons signal to one another, the organoids are primitive enough that there is no possibility of thought or feeling. Still, Fine says, these are miniature versions of a twenty week-old fetal brain, complete with all of the different cell types neurologists would expect to see. That means that when researchers introduce tumor cells, they grow in the organoids much as they would in a real human brain.

“Cells, particularly tumor cells, are very different when you grow them alone, compared to when you grow them in the midst of other normal cells,” explains Fine, chief of the Division of Neuro-Oncology and associate director of translational research at the Sandra and Edward Meyer Cancer Center at Weill Cornell Medicine.

Because location and the type of tissue surrounding a tumor can affect its ability to resist chemotherapy or radiation, new treatments that look promising in the lab don’t always work in patients. To get around this problem, researchers often grow tumors in the brains of mice, but that has its own obstacles—primarily the mouse’s skull.

“All we can do is treat the animal and see if it lives longer or not,” Fine says. “You can’t actually do real biology. So we’ve been searching for a way of growing glioma cells in a more natural environment. With cerebral organoids, we’ll be able to do it in a petri dish where we can genetically and chemically modify these tumors, observing each of them in real time under the microscope.”

Fine’s research team has been at work for a year, and so far the new method is working better than they could have predicted.

“What we found out is that glioma stem cells not only can grow in these organoids, but they love these organoids,” Fine says. “They form big masses and infiltrate and destroy the organoids, and pathologically it looks just like what you would see in the human brain.”

The next step is to use these cancer-ridden organoids to screen drugs and other treatments in a way that is not only more realistic than previous methods, but also much faster. Where mouse studies can look at a handful of drugs every six to twelve months, organoids—which can easily be grown by the hundreds— can allow for screenings of many potential new drugs at once.

Organoids may also allow doctors to take a precision medicine approach, better tailoring treatments to individual patients. Fine envisions a time when a patient’s own genetically distinct tumor cells can be implanted into multiple organoids in order to test drugs.

“We can then go back to the patient and say, ‘Here’s a treatment that’s much more likely to be effective than just picking something off the shelf,’ ” Fine says, noting that today’s oncologists must often rely on informed hunches in selecting from a vast array of chemotherapy drugs.

Glioma remains a devastating diagnosis, and Fine continues to see patients knowing that most of them will not survive their cancers. His clinical practice can be emotionally draining, he says, but he takes solace in the knowledge that the work he and his team are doing in the lab might once day allow him to give his patients better news.

“I think that’s where being a physician-scientist helps,” he says. “If I were solely a clinician taking care of these patients, after 25,000 I think I would have burned out. But the fact that I can go back into the laboratory and possibly make a difference so that the next patient has a better outcome—that’s my motivator.”