Lung cancer: How to protect yourself from blood clots

This is an excerpt of a story that appeared in Everyday Health. Read the full article here. 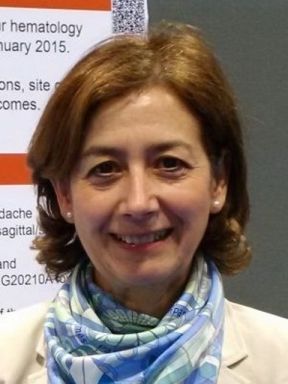 A cancer diagnosis comes with an array of new health risks to consider, and one of them is deep vein thrombosis (DVT), a potentially life-threatening blood clot that blocks blood flow in the veins, typically in the legs. One in five cancer patients will develop DVT, according to the National Blood Clot Alliance. And research suggests that a number of varieties of cancer — including lung — make patients particularly vulnerable.

Why the increased risk? No one yet knows for sure. Some possible explanations include:

Tumors can compress blood vessels. Tumors take up space and crowd what’s around them, including blood vessels. If a tumor presses hard enough on a blood vessel, it can slow blood flow and cause blood to stagnate, increasing clotting risk, says, the chief of the benign hematology service at Weill Cornell Medicine in New York City.

Chemotherapy changes blood vessels. As chemotherapy kills cancer cells, it may also damage the lining of blood vessels and interfere with the release of chemicals that prevent blood clots. One study, published in the November 2012 issue of the Journal of Thrombosis and Thrombolysis, reviewed rates of DVT in 7,052 lung cancer patients and found that those receiving chemotherapy had a 30 percent higher risk of DVT than those not receiving it.

Inactivity. Pain and fatigue from cancer may lead to less activity. People with lung cancer may find themselves short of breath or bedridden as they recover from surgery. Lack of movement is a known risk factor for blood clots.