This is an excerpt of an article that appeared in Genetic Engineering and Biotechnology News. Read the full story here.

Olivier Elemento, Ph.D. Biotechnology, molecular biology, and genetic engineering share a firm foundation—a massive body of knowledge about individual cellular and subcellular components. At the same time, these disciplines are limited in the same way. They can rise only so high before they strain to accommodate whole systems and their emergent behaviors.

To help the life sciences reach greater heights, biologists have been exploring interdisciplinary efforts. Traditional life science disciplines are being buttressed by engineering and computational and mathematical sciences. The result: a rising edifice called systems biology. It reflects how specific biological problems may be interconnected.

“We cannot reduce disease to one or two genes. Instead, we need to look at how pathways work together and interact in cells,” says Olivier Elemento, Ph.D., associate professor of physiology and biophysics at Weill Cornell Medical College. “Only by embracing this complexity can we understand disease.”

“Our strategy,” informs Dr. Elemento, “relies on using a combination of computational biology and systems biology.” 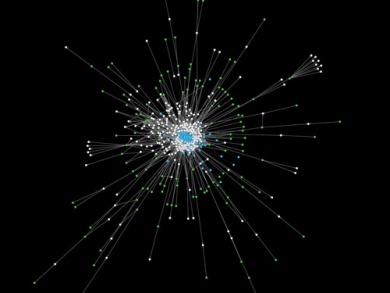 Dr. Elemento’s team used a computational/systems biology strategy when it demonstrated that transcriptome sequencing could be used to identify mechanisms of drug action and resistance. The team began by establishing a cell line that is sensitive to a small compound. Next, the team isolated resistant clones. Finally, the team compared the transcriptomes of the resistant clones to the transcriptome of the parental cell population to identify mutations that could account for the resistance.

According to Dr. Elemento’s team, mutations common to more than one clone were useful in revealing a drug’s physiological target and indirect resistance mechanisms. Following such mutational clues is likely to be fruitful even if prior knowledge about the identity of a drug target or its cellular location is lacking. One of the most common mechanisms of acquired drug resistance is modification of the drug target to prevent binding.

In another study, one in which a library of over 10,000 different compounds was screened in a drug-sensitive fission yeast model, Dr. Elemento’s team identified Cutin-1, an inhibitor of mitosis and chromosome segregation. Moreover, the team revealed that this protein targets the dehydratase subunit of the fatty acid synthase.

“Advances in technology have made it easy for us to perform genome-wide sequencing and examine transcriptomes, mutations, or the binding of small molecules to the genome,” notes Dr. Elemento. “We have been able to delve into various layers of gene expression and biochemical communication. But there are still layers that contain under-explored depths. One of these layers is post-translational modification.”

Advances in molecular and imaging approaches have helped dissect the individual components of signaling pathways and visualize their structural and functional details, and they have been instrumental for characterizing networks and for advancing system biology. However, one of the obstacles in modeling networks lies in the uncertainty about biochemical parameters.

“We are reaching the point where we have a few frameworks that are working well,” asserts Dr. Elemento. “And we can do even better. There is a lot of hope in using Bayesian approaches to model signaling networks.”