Researchers have discovered more information about an elusive part of our cells, which could lead to a better understanding of how prostate cancer develops. The information could also be useful in the fight against breast cancer, too, since both cancers are driven by estrogen.

As researchers track human genetic sequences they are learning about what goes on inside our cells. It's known that there are areas where coding takes place-this is where proteins are made-and areas where coding does not take place. Not much is known about this non-coding portion, though.

But scientists at Weill Cornell identified a message within this so-called "dark area" that they think helps determine how prostate cancer progresses. As they try to decode the message, it could bring them closer to developing a non-invasive blood or urine test to screen patients at a higher risk of prostate cancer. 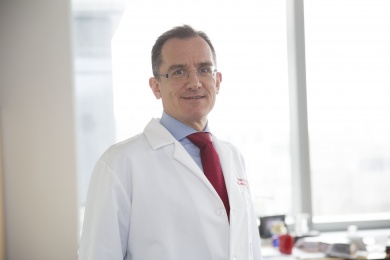 "This is one of the first studies to show that messages from previously understudied areas of cancer genomes are now being identified as playing an important role in cancer development," said author Dr. Mark Rubin, director of the Institute for Precision Medicine at Weill Cornell Medical College and New York Presbyterian Hospital.

The discovery could also help researchers learn more about breast cancer, since both breast and prostate cancer are stimulated by the hormone estrogen. In fact, men diagnosed with prostate cancer often get their diagnosis when their estrogen levels are the highest.