This is an excerpt of an article that appeared on the ADVANCE Healthcare Network. Read the original story here.

Is it possible that early detection of prostate cancer is problematic? It's an oddly exaggerated concept, but one that may hold cause for discussion.

"We have a unique situation with prostate cancer in that we are able to do detection so early that clinicians have trouble deciding when to treat. In many cases, patients are in early stages of detection and the best decision is to simply monitor them. This is unique to prostate cancer-you rarely tell a patient with breast cancer, 'We will watch you for a while, but might not ever need to treat you for this,'" commented Amber Fehrs-Battey, senior product specialist at Sunquest Information Systems.

Clearly, this is not to suggest that early detection is a bad thing; it is a great thing-in need of major fine-tuning. "What we are trying to do now is not change detection, but change the profile for a patient in need of treatment. Focus is now shifting to developing methodologies to understand whether we should simply monitor, or if the person needs to go through surgical removal, radiation therapy or chemical treatments," explained Fehrs-Battey.

The route to such improvements is likely lined with genomic sequencing and biomarker discoveries. "I would say the biggest changes in the molecular landscape for prostate cancer is built on next generation sequencing (NGS)," said Fehrs-Battey. "NGS tells us so much more information about prognosis and therapeutics."

Early Detection Is Not Enough 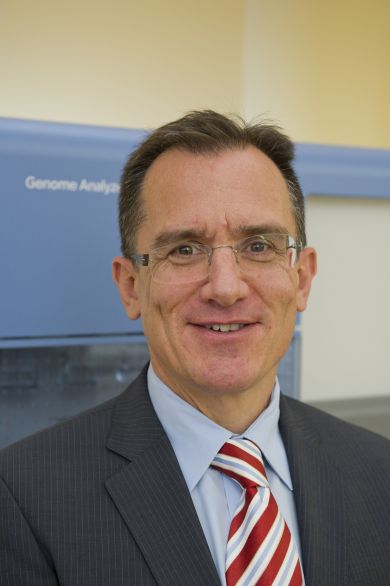 Dr. Mark Rubin One of the people leading the charge in identifying markers for prostate cancer is Mark Rubin, M.D., director of the Englander Institute for Precision Medicine at Weill Cornell Medicine/NewYork-Presbyterian in New York City and an expert in the field of prostate cancer and genomics. He explained that, while there are a number of molecular diagnostic (MDx) assays already on the market to diagnose prostate cancer, they exist in an inconsistent pattern of use.

"One important concept for understanding prostate cancer is that the vast majority of men diagnosed with prostate cancer will die of other causes," Rubin told ADVANCE, "because it is common, very slow growing, readily followed then treated later, if necessary. Early detection of prostate cancer has been controversial because we are often detecting a disease that doesn't have the potential to kill."

It is the interpretation of MDx for prostate cancer that may present a problem, not the tests themselves, which appear to perform well in detecting early disease. Rubin pointed to a number of assays, from such companies as Genomic Health, Oncotype DX, Myriad and others, that employ biomarkers for early prostate cancer. But important questions remain, even after the cancers are detected.

"We still have to ask, 'Do these patients need additional treatment? Should they just be followed? How aggressive is their prostate cancer?'" he detailed.

Rubin also noted that use of these early cancer biomarkers are applied subjectively in the U.S. because there are no real guidelines to govern their use.

"In the clinical field, American providers do not use biomarkers uniformly and there are no standards for determining how a biomarker will influence treatment. In comparison, the United Kingdom has a formal way of recommending healthcare, reimbursement and use of resources. They would preferentially say you need to use this biomarker, and these are the treatments (or non-treatments) that will follow, depending on test results," he explained. "But here, the use and interpretation of a test is based largely on regional and local preferences, and where the doctor has trained. And there tends to be a strong preference for patients to have procedures-even when there is a recommendation for a patient to undergo active surveillance and not be treated. We are in a system where these tests could be used in any number of ways. This does not reflect negatively on the quality of the tests; they perform well. But their utility in a clinical setting is still being determined."

All of this points to the challenge to develop additional types of MDx for prostate cancer. "We now have an incredibly urgent need for a biomarker to distinguish aggressive tumors that need to be treated immediately from slow growing, indolent cancer that probably will do nothing during a patient's lifetime. That's the real challenge," said Rubin.

Turning attention to more advanced disease, there are signs of progress on the near horizon. "There are now some emerging, and potentially very powerful, biomarkers coming out," explained Rubin. "Studies have looked at circulating free DNA in the blood. By looking at the androgen receptors and counting how many copies of androgen receptors are present, we can start to determine if someone will respond to the next line of treatment. This is potentially quite exciting."

Still other studies have shown that men with advanced disease may have mutations or alterations in genes that are responsible for DNA maintenance or genomic stability. "When those genes become mutated, the cells lose their stability; that is important to know because there are drugs that can be used to take advantage of that finding," Rubin said.