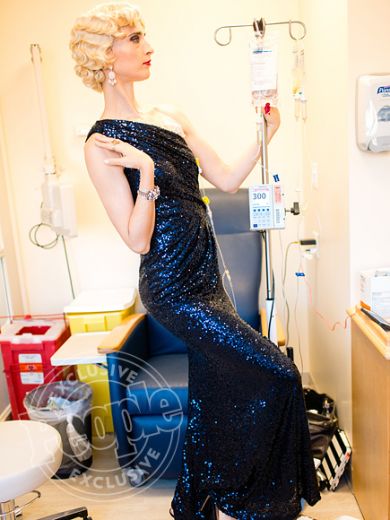 "It has to work. This has to work," the 36-year-old wife and mother from Brooklyn kept telling herself, even as she worried about the drugs' harsh side effects. With her husband, Dan, by her side, her thoughts soon turned to their son Lorenzo, 3, and a long list of what-ifs.

"I knew my body was going to go through a lot of changes and I was terrified," she told PEOPLE Magazine. "I just kept thinking, 'I can't just sit here. I'll go crazy! I need a project!'"

So the digital marketer decided to orchestrate her own glamorous photo shoots during her five remaining chemo sessions, starting in November 2015. "I needed a way to transform this process and make it better for myself," she explains.

With a little help from a photographer friend and a makeup artist pal, plus a generous donation of dresses from Rent the Runway and permission from her oncologist at NewYork-Presbyterian and Weill Cornell Medicine, Iliev-Piselli found a way to face chemo with style and grace. She called it the Glam Chemo Project.

Initially she posed without smiling and stayed close to the chemo chair, changing into a new gown only when it was time for the nurses to switch the bag hanging on the IV pole next to her.

"I was really worried in the beginning because I didn't want to make light of a serious topic," Iliev-Piselli says. "I also didn’t want to get in the nurses' way, but they were incredibly kind," she says.

Her photographer and friend Casey Fatchett convinced Iliev-Piselli to just be herself. Soon, she was striking the poses that she uses in air guitar competitions, though she couldn't pull off her signature cartwheel ending in a split. "I just do silly things to have a good time," says Iliev-Piseli. I decided to have a good time with this."

At the next sessions, she showed up with a handful of gowns, jewelry and various wigs. "Her positive attitude was contagious," says her oncologist Dr. Eleni Andreopoulou of NewYork-Presbyterian and Weill Cornell Medicine.

Kathryn Mullin, one of the oncology nurses at the breast center who took care of Iliev-Piselli, agrees: "It was so great to see her mind off cancer and the treatment and so focused on having fun and looking great," she says. "Some patients loved sitting next to her and watching her because it took their mind off what they were going through."

She shared the photos with PEOPLE now as her treatment is nearing an end, and the result has been "optimal," according to Dr. Andreopoulou. Having undergone a combination of chemo and targeted therapies, surgery and radiation, Iliev-Piselli is currently showing no signs of cancer, after being diagnosed with an aggressive form of breast cancer called HER2-positive that affects one in five breast cancer patients. "I was so worried about who I would be at the end of this, and I feel like I came out just fine," Iliev-Piselli says. "I still feel like myself." 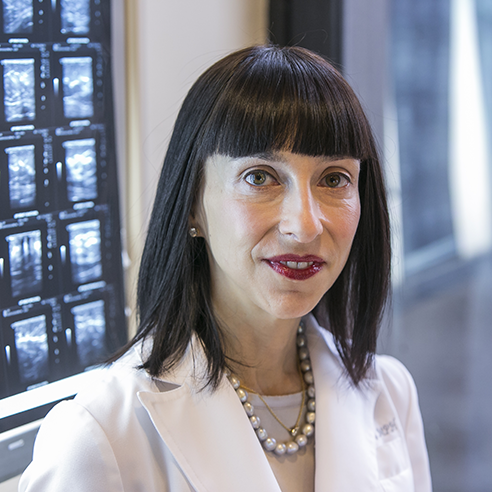 How to be healthy at every age