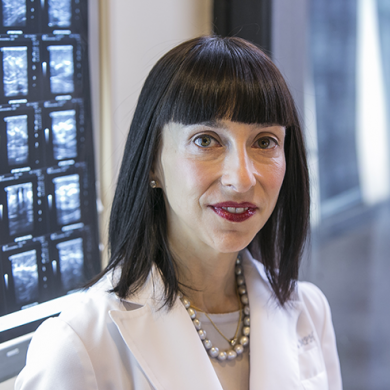 “At first, I was very skeptical,” admits Cigler. “But this patient was super-organized and smart and resourceful. Her efforts prompted us to extensively research scalp cooling therapy with cold caps, and we concluded that there was no harm in her trying.” Cold cap therapy is “actually quite primitive,” notes Cigler. Essentially ice caps, they have to be kept at extremely cold temperatures with dry ice, and the caps are worn before, during, and for four hours after chemotherapy, rotated every 30 minutes to keep them sufficiently cold.

“Our patient persisted,” Cigler says, “and to our and her incredible surprise and delight, she kept her hair.”

Since that first patient, Cigler has seen results again and again, first in a pilot study at Weill Breast Center that treated 20 women undergoing a specific chemotherapy program with the cold cap therapy. “Eighteen out of 20 women were able to keep enough of their hair that they didn’t need to wear a wig,” says Cigler. “Which is amazing, because without scalp cooling, 100 percent of women would lose 100 percent of their hair. It’s not even a question.”

The cooling is thought to work by slowing cell division in the hair follicles, reducing the attack by chemotherapy, which targets rapidly dividing cells like those in tumors. The cold caps also constrict the blood vessels in the scalp, making it more difficult for the chemotherapy drugs to access hair follicles.

The process of keeping the caps cold—requiring a special freezer and rotating the caps—was and is still cumbersome. After the pilot study, Cigler collaborated with a Swedish company, Dignitana, which has pioneered the production of DigniCaps, cold cap machines that are much easier to use and more efficient. “If you imagine one of those old fashioned hair salon machines that women used to dry their hair, DigniCaps are like a portable version of that,” Cigler says. “The women sit down, fit themselves with the cap, push start, and then they wear it through their chemotherapy and for about an hour afterward.”

“It’s well-established that women rate hair loss as one of the most dreaded side effects of chemotherapy,” says Cigler. … It’s about control…and privacy.

In 2015, Weill Breast Center was one of five sites that participated in a study, led by University of California, San Francisco, using the DigniCaps. In total, 106 women who had been diagnosed with either stage I or II breast cancer wore the caps during their treatment. Three to six weeks after chemotherapy, 70 percent said they lost less than half of their hair. The results led to FDA (United States Federal Drug Administration) approval for marketing DigniCaps in the United States, which Cigler hopes will eventually lead to increased availability and insurance coverage.

“It’s well-established that women rate hair loss as one of the most dreaded side effects of chemotherapy,” says Cigler. “In fact, there are some women who decline life-saving chemotherapy because of the hair loss. But I think it is much more than vanity.”

It’s about control, Cigler says, and privacy. “If your hair is gone, people know that you’re sick. You can’t conceal it,” she explains. “Keeping their hair gives patients a sense of control and a better sense of wellbeing during what is very, very difficult time in their lives.”

Hair loss can be especially difficult for younger women, who may have small children, or who are just beginning to build careers or long-term relationships. From hair loss to hormones to fertility, the issues that younger patients face are a particular focus and passion for Cigler.

“We see a sizable number of women who are diagnosed with breast cancer at a very young age, women in the 25 to 40 range, which isn’t a group that we typically think of as having breast cancer,” Cigler says. “And there are a lot of unique needs that these young women face. To be able to identify some of these issues and help women through them seems crucial.”

This interest is apparent in Cigler’s research beyond cold caps. She is involved in clinical trials that focus on breast cancers often affecting younger women. She is also collaborating with Memorial Sloan Kettering Cancer Center to try to identify factors that predict the likelihood of maintaining fertility after chemotherapy.

As a clinician, Cigler seeks to treat her patients, no matter what age, with the latest technologies and advances as well as with emotional support. “I’m very interested in improving quality of life during and beyond a diagnosis of breast cancer and how to mitigate toxicities of chemotherapy,” she says. “In taking care of my patients, I am privileged to really get to know them. Our patients say that we’re a family here, and that’s exactly how I feel.

“The truth is that breast cancer is a wonderful field because we’ve advanced so much that the vast majority of our patients are cured,” Cigler adds. “That makes it a truly rewarding and inspiring field.”

This story first appeared on the Cornell Research site. Read the original here. 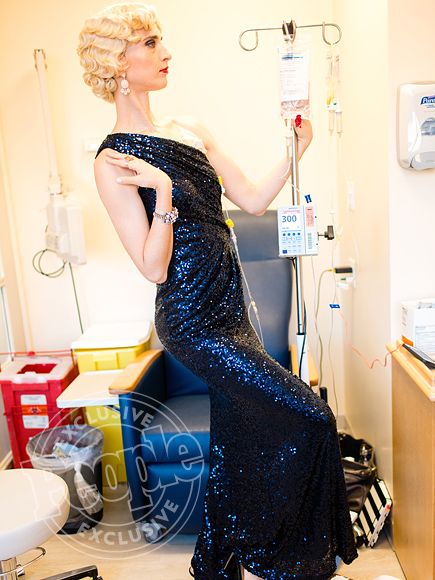