This is an excerpt of a story that appeared in the New York Times Magazine, as part of a special health issue, "The New Anatomy of Cancer." Read the full version here.

The story of modern cancer research begins, somewhat improbably, with the sea urchin. In the first decade of the 20th century, the German biologist Theodor Boveri discovered that if he fertilized sea-urchin eggs with two sperm rather than one, some of the cells would end up with the wrong number of chromosomes and fail to develop properly. It was the era before modern genetics, but Boveri was aware that cancer cells, like the deformed sea urchin cells, had abnormal chromosomes; whatever caused cancer, he surmised, had something to do with chromosomes.

Today Boveri is celebrated for discovering the origins of cancer, but another German scientist, Otto Warburg, was studying sea-urchin eggs around the same time as Boveri. His research, too, was hailed as a major breakthrough in our understanding of cancer. But in the following decades, Warburg’s discovery would largely disappear from the cancer narrative, his contributions considered so negligible that they were left out of textbooks altogether.

Unlike Boveri, Warburg wasn’t interested in the chromosomes of sea-urchin eggs. Rather, Warburg was focused on energy, specifically on how the eggs fueled their growth. By the time Warburg turned his attention from sea-urchin cells to the cells of a rat tumor, in 1923, he knew that sea-urchin eggs increased their oxygen consumption significantly as they grew, so he expected to see a similar need for extra oxygen in the rat tumor. Instead, the cancer cells fueled their growth by swallowing up enormous amounts of glucose (blood sugar) and breaking it down without oxygen. The result made no sense. Oxygen-fueled reactions are a much more efficient way of turning food into energy, and there was plenty of oxygen available for the cancer cells to use. But when Warburg tested additional tumors, including ones from humans, he saw the same effect every time. The cancer cells were ravenous for glucose.

Warburg’s discovery, later named the Warburg effect, is estimated to occur in up to 80 percent of cancers. It is so fundamental to most cancers that a positron emission tomography (PET) scan, which has emerged as an important tool in the staging and diagnosis of cancer, works simply by revealing the places in the body where cells are consuming extra glucose. In many cases, the more glucose a tumor consumes, the worse a patient’s prognosis. 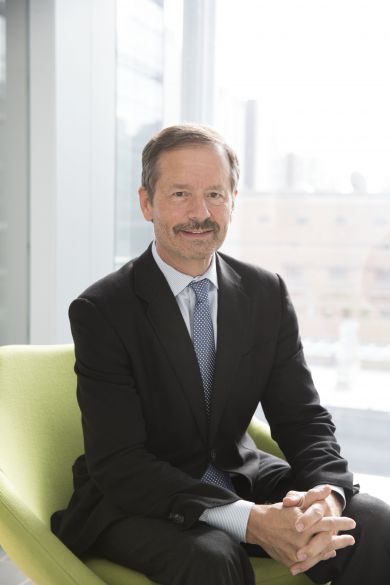 Dr. Cantley Near the end of his life, Warburg grew obsessed with his diet. He believed that most cancer was preventable and thought that chemicals added to food and used in agriculture could cause tumors by interfering with respiration. He stopped eating bread unless it was baked in his own home. He would drink milk only if it came from a special herd of cows, and used a centrifuge at his lab to make his cream and butter.

Warburg’s personal diet is unlikely to become a path to prevention. But the Warburg revival has allowed researchers to develop a hypothesis for how the diets that are linked to our obesity and diabetes epidemics — specifically, sugar-heavy diets that can result in permanently elevated levels of the hormone insulin — may also be driving cells to the Warburg effect and cancer.

The insulin hypothesis can be traced to the research of Lewis Cantley, the director of the Meyer Cancer Center at Weill Cornell Medical College. In the 1980s, Cantley discovered how insulin, which is released by the pancreas and tells cells to take up glucose, influences what happens inside a cell. Cantley now refers to insulin and a closely related hormone, IGF-1 (insulinlike growth factor 1), as “the champion” activators of metabolic proteins linked to cancer. He’s beginning to see evidence, he says, that in some cases, “it really is insulin itself that’s getting the tumor started.” One way to think about the Warburg effect, says Cantley, is as the insulin, or IGF-1, signaling pathway “gone awry — it’s cells behaving as though insulin were telling it to take up glucose all the time and to grow.” Cantley, who avoids eating sugar as much as he can, is currently studying the effects of diet on mice that have the mutations that are commonly found in colorectal and other cancers. He says that the effects of a sugary diet on colorectal, breast and other cancer models “looks very impressive” and “rather scary.”

Elevated insulin is also strongly associated with obesity, which is expected soon to overtake smoking as the leading cause of preventable cancer. Cancers linked to obesity and diabetes have more receptors for insulin and IGF-1, and people with defective IGF-1 receptors appear to be nearly immune to cancer. Retrospective studies, which look back at patient histories, suggest that many people who develop colorectal, pancreatic or breast cancer have elevated insulin levels before diagnosis. It’s perhaps not entirely surprising, then, that when researchers want to grow breast-cancer cells in the lab, they add insulin to the tissue culture. When they remove the insulin, the cancer cells die.

“I think there’s no doubt that insulin is pro-cancer,” Watson says, with respect to the link between obesity, diabetes and cancer. “It’s as good a hypothesis as we have now.” Watson takes metformin for cancer prevention; among its many effects, metformin works to lower insulin levels.