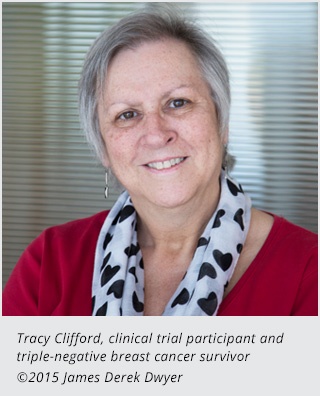 The diagnosis of triple-negative breast cancer took Tracy Clifford's breath away. She had traveled the cancer path before with her husband, who had died of kidney cancer when their twin daughters were just 6 years old.

In 2007, when Tracy got her own diagnosis, the girls were starting high school. She enrolled in a clinical trial and, despite challenging side effects, did well for several years. As the five-year anniversary of her diagnosis approached, however, she started having pain in her arm and, eventually, her sternum.

An X-ray revealed a mass in her lungs; the cancer had spread. Tracy had stage 4 breast cancer.

Once again, Tracy enrolled in a clinical trial, this one examining a combination of two targeted therapies that struck at the cancer from different directions.

Dr. Cantley, director of the Sandra and Edward Meyer Cancer Center at Weill Cornell Medical College, is a longtime prominent member of the American Association for Cancer Research (AACR), including as the program chair of the AACR Annual Meeting 2015, and an elected fellow of the AACR Academy for his major contributions that have propelled significant innovation and progress against cancer.

Building on his PI3K discovery, Dr. Cantley and other researchers sought to inhibit the PI3K pathway, which has a proven significance in human cancers, especially women's cancers.

In May 2009 when Stand Up To Cancer initiated its "Dream Team" initiative featuring grants to teams made up of the best basic cancer scientists and clinicians, Dr. Cantley and Gordon B. Mills, MD, PhD, of The University of Texas MD Anderson Cancer Center, were chosen to lead the Targeting PI3K in Women's Cancers Dream Team. The team included world-renowned cancer researchers and clinicians from major institutions across the country.

The AACR is the Scientific Partner of Stand Up To Cancer, providing expert peer review, grants administration, and scientific oversight to the Dream Teams and individual awardees that seek to push forward innovative cancer research.

With a focus on translating the pioneering clinical research on PI3K to patient benefit, Dream Team members sought to initiate innovative clinical trials for women like Tracy Clifford who were diagnosed with advanced and difficult-to-treat breast, ovarian, or endometrial cancers.

The preclinical laboratory research was clear that PI3K inhibitors showed promise, "but invariably we got resistance," explained Dr. Cantley. The cancer developed ways around the drugs and continued to grow.

As Dr. Cantley and his research colleagues sought to answer the question, "Why do these cancers develop resistance to PI3K inhibitors?" they found that another enzyme, poly ADP-ribose polymerase, or PARP, was activated in the resistant cells. PARP functions to fix damaged DNA in cells. Without that fix, cells with damaged DNA die, leading to a weakness in the cancer cells waiting to be exploited.

Dr. Cantley and his colleagues reasoned that combining a PARP inhibitor with a PI3K inhibitor would be effective against these cancers. Their studies in laboratory mice showed dramatic effects on tumors, spurring them to test the new combination in cancer patients. At the time, however, no PARP inhibitors or PI3K inhibitors had been approved by the U.S. Food and Drug Administration (FDA). Moreover, two different companies—Novartis and AstraZeneca—were working on the two drugs Dr. Cantley and his colleagues wanted to combine in a clinical trial for women with triple-negative breast cancer or advanced ovarian cancer.

"I got on the phone with people I knew at each of those companies and persuaded everyone to get together," Dr. Cantley recalled.

The virtually unprecedented collaboration of two major pharmaceutical companies and their accelerated "handshake agreement" to provide investigational drugs enabled the trial to proceed.

In December 2014 the PARP inhibitor—olaparib—received FDA approval for ovarian cancers with mutations in the DNA-repair BRCA genes. Those mutations push the cancer cells that rely more heavily on PARP for DNA repair, making them vulnerable to the PARP inhibitor treatment.

At the AACR Annual Meeting 2015 in Philadelphia in April, data on 46 patients in the phase I trial were presented. The data showed that the combination treatment with olaparib and the investigational PI3K inhibitor BKM120 was safe and yielded evidence of clinical benefit for women with triple-negative breast cancer and for those with high-grade, serous ovarian cancer.

"We are reassured that it is possible to combine olaparib and BKM120 and that we have seen responses in women with triple-negative breast cancer, as well as in women with high-grade, serous ovarian cancer," said Ursula A. Matulonis, MD, director and program leader of medical gynecologic oncology in the Susan F. Smith Center for Women's Cancers at the Dana-Farber Cancer Institute in Boston, and principal investigator on the trial.

Among the trial participants whose data were presented at the Annual Meeting, 35 were known to have BRCA gene mutations.

"We are seeing really dramatic results in heavily treated patients with advanced disease," said Dr. Cantley, who is encouraged by the early trial data. Some women with no mutations in BRCA genes also responded, suggesting that the treatment may be suitable for more women than initially thought.

The hope, he added, is that in patients with earlier-stage disease, the combination therapy would knock out the cancer and prevent it from progressing.

A fundamental question asked decades ago, "Why are the cancer cells growing?" led Dr. Cantley to discover the PI3K signaling pathway and reveal how biochemical signaling pathways control normal cell growth and trigger the development of cancer when they are defective.

The work on personalized therapies based on the PI3K pathway led to another basic question: "Why does the cancer become resistant to PI3K inhibitors?" That, in turn, led to the understanding of the activation of the PARP pathway and ultimately to the combination trial.

"It was the best thing that could have happened," she said.

Today, Tracy is excited that one of her daughters has started graduate school and she hopes to see her graduate. She recognizes that basic cancer research and early-phase clinical trials like the one that kept her disease stable for nearly two years are vital for patients with advanced disease like her.

"There are things that I still need to do."

This story originally appeared on the AACR Foundation site

It also featured a video, below and here. 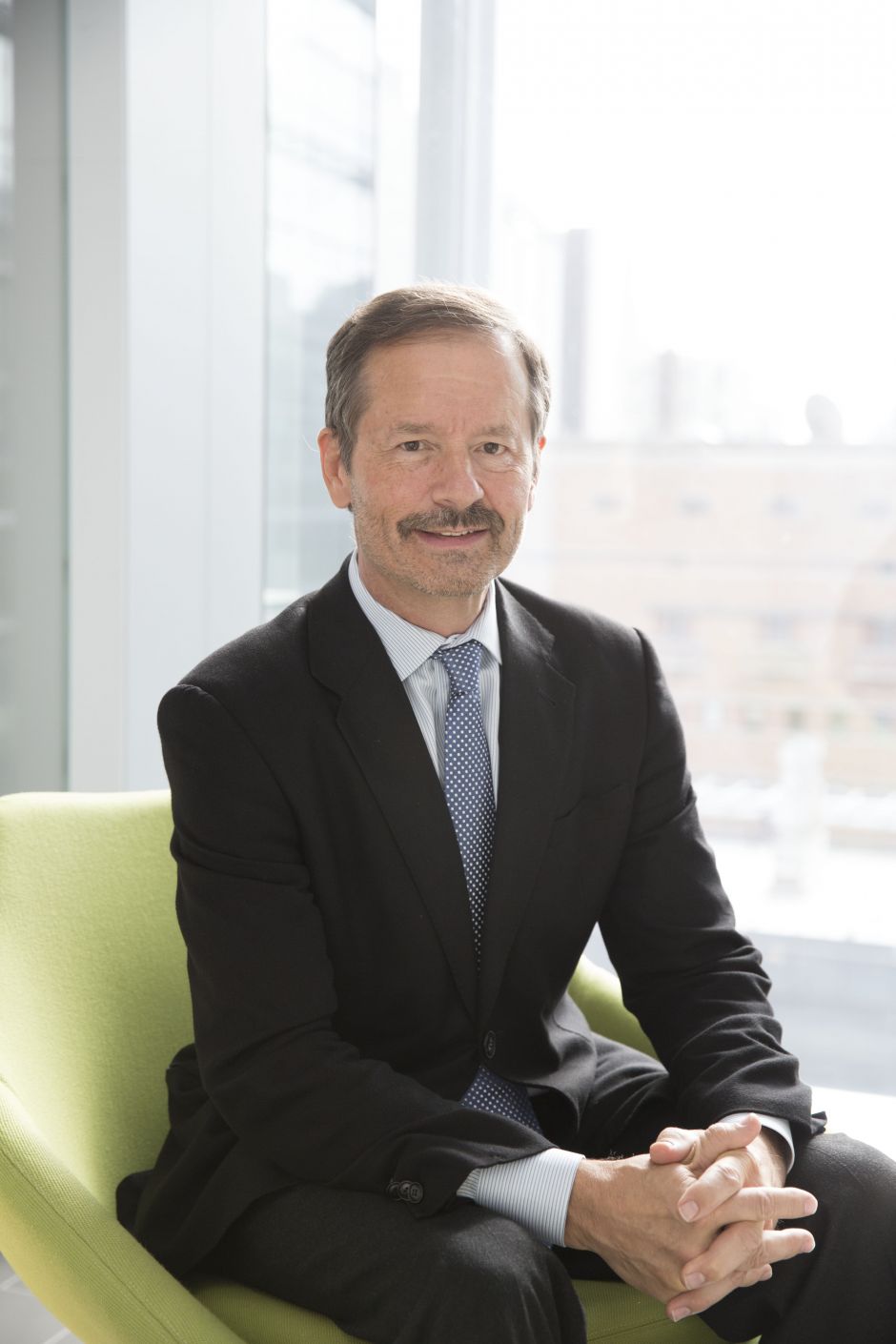