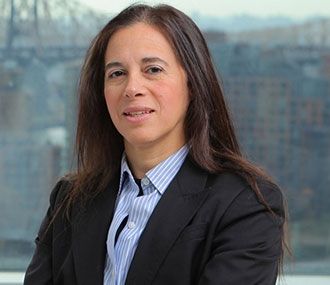 Dr. Susan Pannullo In the frightening world of brain tumors, “benign” is a good word to hear. But even a nonmalignant tumor can be dangerous — especially if, as in my case, it goes undetected, becoming a stealth invader.

When I developed tingling in my limbs 12 years ago, two Los Angeles neurologists diagnosed Guillain-Barré syndrome, a disorder in which the immune system attacks the nervous system. The symptoms of numbness and weakness ebbed and flowed for three years. Then one day, I couldn’t slide my right foot into a flip-flop. This got me a ride in a magnetic resonance imaging machine, which revealed a brain mass the size of a tennis ball. It was a benign meningioma, a tumor that grows in the membranes surrounding the brain and spinal cord.

After the diagnosis, I consulted with Los Angeles surgeons. “We’re going to cut your head open like a pumpkin,” one told me. I chose someone else, who had a stellar reputation, who was compassionate, and who did not compare my skull to a squash.

“You’re cured,” he said as I awoke in the operating room. Recovery took about six weeks and went smoothly, except for my right foot, which remains partly numb. I relearned to walk and to drive with my left foot, using adaptive equipment. Had my tumor been diagnosed earlier, I might have avoided a large craniotomy and permanent foot issues.

“It’s critical to find these tumors when they are small, when radiosurgery is an option, rather than when they are very big or produce a lot of symptoms, at which point it’s not optimal to treat them without doing open surgery,” said Dr. Susan Pannullo, the director of neuro-oncology and neurosurgical radiosurgery at NewYork-Presbyterian Hospital and Weill Cornell Medical College.