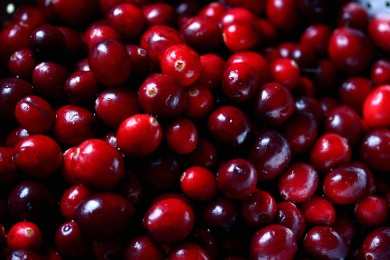 A cranberry compound may prove effective in treating acute myeloid leukemia (AML) A little red fruit from the bogs of Massachusetts could pack a powerful punch against an aggressive form of leukemia, according to preliminary research from Weill Cornell Medicine.

A compound made from cranberries has shown promise in killing several leukemia cell lines and blood samples from acute myelogenous leukemia (AML) patients.

And it may provide a safe, natural treatment for dogs stricken with canine lymphoma.

In research presented on April 18 at one of the world’s largest gatherings of cancer researchers, the Annual Meeting of the American Association of Cancer Researchers (AACR), the lab of Monica Guzman, Ph.D., revealed how the cranberry compounds were able to kill patient-derived tumors grafted onto mice as effectively – or, in some cases, more effectively, and with no toxic side effects – than high-dose cytarabine, a standard care drug.

A-type proanthocyanidins (A-PACs) are a unique class of compounds found in cranberries that possess a unique ether bond and ortho-hydroxyl phenolic groups that have the potential to bind to iron, alter redox status, and produce other biological effects.

“This information led us to investigate the anti-leukemia effects of A-PACs in AML patient-derived xenografts (AML-PDX) and to further investigate the mechanisms associated with these compounds,” Guzman said. 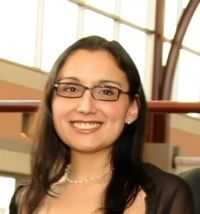 The project is led by postdoc Laura Bystrom, Ph.D., in collaboration with Stefano Rivella, Ph.D., Professor of Pediatrics at the Children's Hospital of Philadelphia Research Institute.

Bystrom treated mice with injections of the cranberry A-PACs, then tested to see whether the compound was able to kill AML cells found in the bone marrow spaces where they like to hide and re-emerge, causing relapse.

They found that the AML engraftment and tumor burden was decreased in the treated mice by more than 50 percent, which was better or equal to the effects observed in mice treated with the chemotherapy drug cytarabine.

“Moreover, no toxic effects were observed in the mice,” Guzman said.

They also tested for effects on iron metabolism, oxidative stress, cytokine response, and survival pathways. They found increased production of specific subsets of cytokines in both cells and mice treated with A-PACs, which could help in boosting immune response. They also found evidence of increased oxidative stress, which could create conditions that make it more difficult for the cancer cells to survive.

“The results indicate that A-PACs not only target primary AML cells in vitro, but are also effective in vivo by a potentially novel mechanism,” Guzman said. “Further elucidation of this mechanism may uncover new vulnerabilities of this disease.”

“We are excited about natural products that may provide additional therapeutic options for an aggressive disease with equally aggressive, and often ineffective, treatment options,” Guzman added. “Most AML patients relapse and die of disease.”

The Guzman lab will continue to study the compound to better understand its basic biology and effects on cancerous and normal cell systems. They are also collaborating with Kristy Richards, Ph.D., M.D., an associate professor and Meyer Cancer Center member with labs in New York City and Cornell University College of Veterinary Medicine in Ithaca, to develop clinical trials in dogs afflicted with canine lymphoma.

Preliminary testing in lymphoma cell lines in the lab have shown great promise, Richards said, and she is eager to offer a new, natural treatment option for dogs, whose diseases are nearly always fatal and have few available therapies.

“It would be great to develop an affordable therapy for pet owners who can’t afford expensive chemotherapy, and if it turns out to be highly effective in dogs, it would make the prospect of investing in human lymphoma trials much more attractive, too,” Richards said.