Four young scientists who are trying to figure out why our immune systems sometimes mutiny against us have received injections of cash from two blood cancer charities.

“By supporting these brilliant investigators at a critical juncture in their careers, we continue to build an extensive scientific community whose critical work in the field of lymphoma research will make a difference in the lives of patients,” said Meghan Gutierrez, Chief Executive Officer of the Lymphoma Research Foundation. “We know that to achieve our mission to eradicate lymphoma we must support the next generation of lymphoma researchers.”

Lymphoma is a form of cancer that affects the immune system. Specifically, it is a cancer of immune cells called lymphocytes, a type of white blood cell. There are many subtypes and maturation stages of lymphocytes, and therefore many kinds of lymphomas. 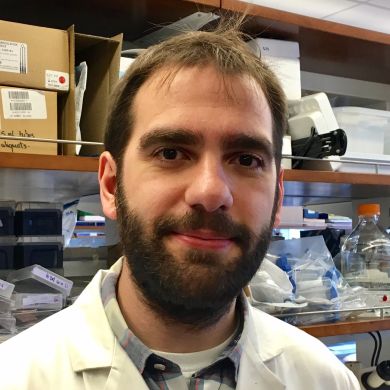 During the normal immune response, B cells undergo a stage where they grow much faster than usual and tolerate changes in their genetic material, allowing them to develop into fine-tuned functional immune effectors. Three proteins, called BCL6, SMRT and NCoR, work together to drive this process in a tightly controlled manner. Any alterations, such as those occurring in follicular lymphoma, can cause cells to become unresponsive to signals cueing them to exit this program. B cells thus become “frozen” at this stage of development; they are unable to complete their normal program and fail to die when instructed to, causing them to collect in the lymph nodes and forming tumors.

Recently, through analyzing the genomes of follicular lymphoma patients, the Melnick Lab has identified several mutations in a gene called TBL1XR1.

“Unveiling the mechanisms by which B cells cease to respond to terminal differentiation signals will profoundly contribute to our understanding of follicular lymphoma,” he added. “In addition, our study will explore whether TBL1XR1 mutations can predict BCL6-dependency in follicular lymphoma and help identify patients who could benefit from already existent drugs targeting this protein.” 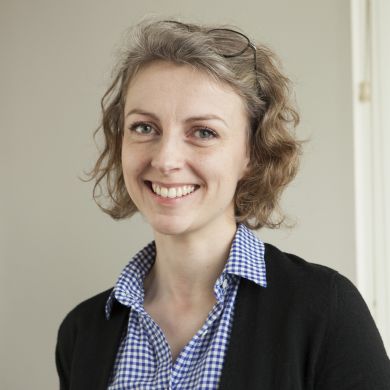 Coraline Mlynarczyk, Ph.D. Mlynarczyk will be using her grant to explore the question of why certain lymphoma patients are not cured.

“Our data point towards mutations of a factor called BTG1 as causative of resistant lymphomas, due to a fundamentally new mechanism involving the ability to create and expand a ‘reservoir’ of long-lived and dormant cells that are impervious to chemotherapy,” she said.

Her project will decipher how BTG1 mutations work, and will develop the means and basis to detect, understand and hopefully kill these dormant lymphoma cells, which must be eradicated for patients to be cured.

Chaligne will also focus on resistant disease, but he will take a different approach.

Cancers evolve in response to selective pressures, such as therapy, which can result in more aggressive and drug-resistant forms of the disease. Chronic lymphocytic leukemia (CLL), one of the most common forms of leukemia, invariably recurs, despite highly effective therapies.

The Landau Lab has found that resistance to the latest drug, ibrutinib, in CLL cases is not always genetic – it seems to be triggered by other factors that are telling the genes to function differently. Aberrant DNA methylation —the best-studied epigenetic modification in cancer— can dysregulate genes involved in CLL pathogenesis, for instance.

Chaligne aims to identify these epigenetic modifications by using a combination of sequencing and DNA methylation analysis techniques, as well as a new precision “epigenome editing” process he will be attempting by coupling the powerful CRISPR-Cas9 system with a de novo DNA methylase. 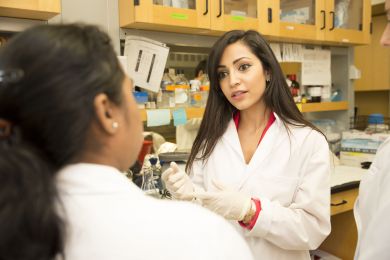 Jouliana Sadek, Ph.D. Sadek will use her grant to investigate a new therapeutic tool that has shown great promise in the lab against two rare but aggressive types of lymphoma - primary effusion lymphoma and plasmablastic lymphoma – as well as multiple myeloma.

The tool discovered by the Cesarman Lab is a novel nucleoside analog. These are drugs that mimic nucleosides (the A-T-C-G building blocks of DNA) and consist of a nucleic acid analog and a sugar. These compounds can get incorporated into growing DNA strands and inhibit DNA synthesis and viral DNA replication. They are used in clinic to treat many viral infections, such as HIV, herpes and hepatitis B and C, as well as cancer chemotherapies.

The nucleoside analog Sadek will be studying is called 6-ethylthioinosine (6-ETI). When converted to its active form (p-6ETI), it has been shown to kill cancer cells; that conversion can be done by the enzyme adenosine kinase (ADK), which is selectively expressed in the rare blood cancers Sadek will be targeting.

“I hope to gain a better understanding of the mechanism of action of 6-ETI and the role of ADK in cancer formation, metabolism and emergence of drug resistance,” Sadek said.