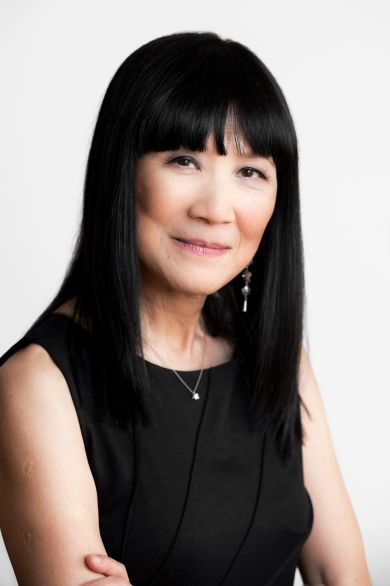 The recently FDA-approved drug palbociclib, a selective CDK4/6 inhibitor, is being hailed as the next big thing in cancer treatment, and its success has re-energized a somewhat neglected area of cell cycle therapy.

But it’s old news for Selina Chen-Kiang, Ph.D., professor of Pathology & Laboratory Medicine and Microbiology & Immunology at Weill Cornell, who has been a cheerleader for palbociclib for the past decade. In fact, her relentless effort helped resurrect the drug after it was shelved by an uninterested pharmaceutical company, and her initial findings inspired the clinical trials that paved the path for its accelerated approval.

Chen-Kiang is renowned for her research in immunology and hematological malignancies. A molecular biologist by training, she first got swept into myeloma and lymphoma research while studying how antibody-secreting plasma cells were generated from B cells. Unlike solid tissue, normal immune cells can be isolated at different stages from mice and humans, making them the perfect model to study her primary passion: cell cycle control of immunity.

The cell cycle is an ordered process in a cell that leads to its duplication into two daughter cells. Picture a clock, with three phases. From 12 to 5 o’clock, the cell undergoes its first phase of growth (G1) from the resting state. This is a scheduled process orchestrated by proteins and enzymes. During G1, the cell pauses to review its cellular environment and size to ensure that conditions are appropriate to support DNA replication. If all is not ready, cells can die or stop – for days, weeks, or even years -- before moving on to S phase at 5 o’clock, and another growth and monitoring phase (G2) at 7 o’clock, before cell division.

”Tumor cells are never supposed to stop cycling,” Chen-Kiang said. “What would happen if they are abruptly and precisely stopped in G1?”

Chen-Kiang was determined to find out, and the quest was incorporated into an ambitious multi-institutional project funded by a first-of-its-kind $7.5 million Specialized Center of Research grant from the Leukemia and Lymphoma Society, in 2000. 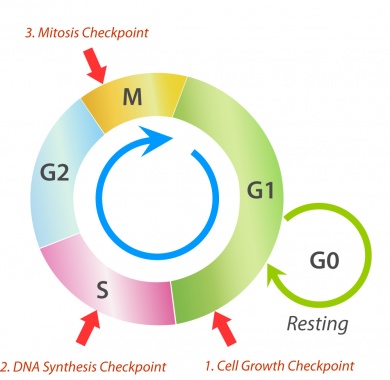 The cell cycle Scientists had previously identified the key proteins that keep the cell cycle clock ticking – cyclins – as well as cyclin-dependent kinases (CDKs) that move the clock forward in G1, and CDK4/6 inhibitors that keep the CDK4/6 activity in check.

Using a genetic approach in mice, Chen-Kiang and her team discovered that in order for B cells to stop cycling and become antibody-secreting plasma cells, it was necessary to control the CDK4/6 activity by p18, a physiologic inhibitor. They also demonstrated that like many other human cancers, CDK4 and CDK6 were over-activated in lymphoma and myeloma, the cancers of B cells and plasma cells, respectively.

Chen-Kiang embarked on her own search for a small molecule that could work like p18. None of the reagents that had been formulated thus far were specific for CDK4/6, and they required intolerably toxic doses.

In late 2004, she was connected to Peter Toogood, who had synthesized a p18-like compound, PD-0332991, while working as a chemist at Parke-Davis, a company that has since been acquired by Pfizer. The product was low on the company’s priority list, so Chen-Kiang was able to easily acquire some samples for her laboratory studies.

Experiments on normal B cells and tumor cells confirmed what she had hoped: the compound arrested tumor cell growth in mice with multiple myeloma. In some cases, the tumors actually shrank. This was an unexpected result, but Chen-Kiang wasn’t surprised. She had suspected that disrupting the cell cycle might have a cascade effect because gene expression is coupled to the cell cycle. Stopping the cell cycle in G1 means genes that are programmed outside G1 would never get a chance to do their jobs, and this would create an imbalance that could ultimately weaken the cell.

Chen-Kiang sent her results to Pfizer, and after much prodding, persuaded them to sponsor a phase I clinical trial of PD 0332991 in mantle cell lymphoma in collaboration with Weill Cornell’s John Leonard, M.D., that began in 2007, and a phase I/II trial of PD 0332991-combination therapy in myeloma together with Ruben Niesvizky, M.D., also at Weill Cornell.

Other researchers followed her lead, and testing began in a number of other cancers. The most promising results came in ER-positive breast cancer, and on Feb. 3, 2015, almost exactly 10 years after Chen-Kiang received her first samples, the FDA announced approval of PD 0332991 – palbociclib (IBRANCE, Pfizer) - as a treatment for advanced metastatic breast cancer. Pfizer Inc recently announced that the first formal late-stage trial of ithe drug was so successful in delaying progression of the disease in previously treated patients that it was stopped early.

Chen-Kiang has continued her productive collaborations with researchers and clinicians at Weill Cornell’s Sandra and Edward Meyer Cancer Center. To date, this effort has led to five hypothesis-driven clinical trials targeting CDK4/6 in combination therapies including BTK (Bruton’s tyrosine kinase) inhibitors in mantle cell lymphoma and myeloma with promising results.

By using a multifaceted approach, such as “longitudinal genomics” of serial patient samples before and during treatment and at relapse, her team has identified candidate biomarkers that discriminate sensitivity from resistance to targeting CDK4/6.

She has also found that the cell cycle controls PI3K and metabolic pathways, leading to a collaboration with Meyer Cancer Center director Lewis Cantley, Ph.D., that forms the basis for an impending clinical trial targeting both CDK4 and PI3K in mantle cell lymphoma.

“We have an unprecedented opportunity to develop novel targeted therapy. But we are just at the beginning.  We need to understand how to stratify patients and treatments, what causes acquired resistance, and how to circumvent it with an ultimate goal of curing the incurable diseases,” Chen-Kiang said.

“Traditionally, medicine is empirical,” she added. “I don’t practice medicine, and I have a different perspective. But I am very fortunate to have seamless collaborations with my basic science and clinical colleagues who share the common goal of creating scientifically sound, hypothesis-driven trials that advance our understanding while benefiting patients. We go deep into understanding why and how, and then use our creativity to develop new ways to apply our findings, from bench to the bedside and then back.”

Selina Chen-Kiang and colleagues presented their research and clinical trial results at the 2015 Annual Meeting of the American Association for Cancer Research in Philadelphia on April 21, 2015.