CAR-T immunotherapy been hailed as one of cancer’s most promising new treatments, thanks to its profound potency. But with that potency comes potential toxicity, and the revolutionary treatment made headlines recently after several patients died from brain swelling.

Researchers at Weill Cornell Medicine are hoping to limit lethal off-target side effects – by keeping an eye on the engineered immune cells as they are released back into the body.

Moonsoo M. Jin, Ph.D., associate professor in the Department of Radiology, and colleagues at the Molecular Imaging Innovations Institute, have developed a method to map the physical distribution and expansion of infused T cells throughout the body, using a radiotracer that has already been approved by the FDA for use in imaging neuroendocrine tumors.

CAR-T therapy involves harvesting a patient’s own immune cells and rewiring them to home in on tumors. When they meet their target, these engineered T cells have been remarkably effective cancer killers. But if they go elsewhere, such as the brain, the results can be fatal. They can also cause “cytokine release syndrome,” excreting huge quantities of chemicals that lead to severe fevers, nausea, breathing difficulties, low blood pressure or organ swelling.

Moonsoo Jin, Ph.D. “The critical barrier to predicting toxicity is the inability to see where the T cells go in the patient’s body after injection,” Jin said. “There are a number of ways T-cell activities can be turned off quickly, but we need to know when to intervene.”

As described in a Nov. 17 paper in JCI Insight, Jin’s system works by genetically coding CAR-T cells to also express SSTR2 (somatostatin receptor 2), a type of protein receptor that is used by the body to activate internal pathways and cellular responses. It’s primarily found in the brain and kidneys, so would be out of place elsewhere, making it a good marker.

After treatment with these engineered CAR-T cells, a patient would get an infusion of a low-dose radioactive “dye” that binds to SSTR2, and undergo a non-invasive, highly sensitive PET (positron emission tomography) scan. A radiologist would quickly be able to see exactly where the illuminated CAR-T cells were congregating.

Scans could be repeated throughout the course of treatment, allowing real-time monitoring of T-cell activity, and adjustment of treatment if necessary.

Beyond the immediate clinical application, Jin said the approach could help answer some bigger research questions about the mechanics and kinetics of CAR-T treatment.

“This will enable us to see how the dynamics of T-cell migration and expansion affect the course of treatment and survival outcomes,” Jin added. “It could also contribute to the exploration of adjuvant therapies to enhance adoptive T-cell efficacy against solid cancers.”

The study was funded with grants from the National Institutes of Health. Jin is now working hand-in-hand with a team of physicians to begin testing the technique in a phase I clinical trial, which he hopes to launch within the next two years.

“We believe this approach will enable monitoring with unprecedented clarity and detail, with significant clinical translation,” Jin said. 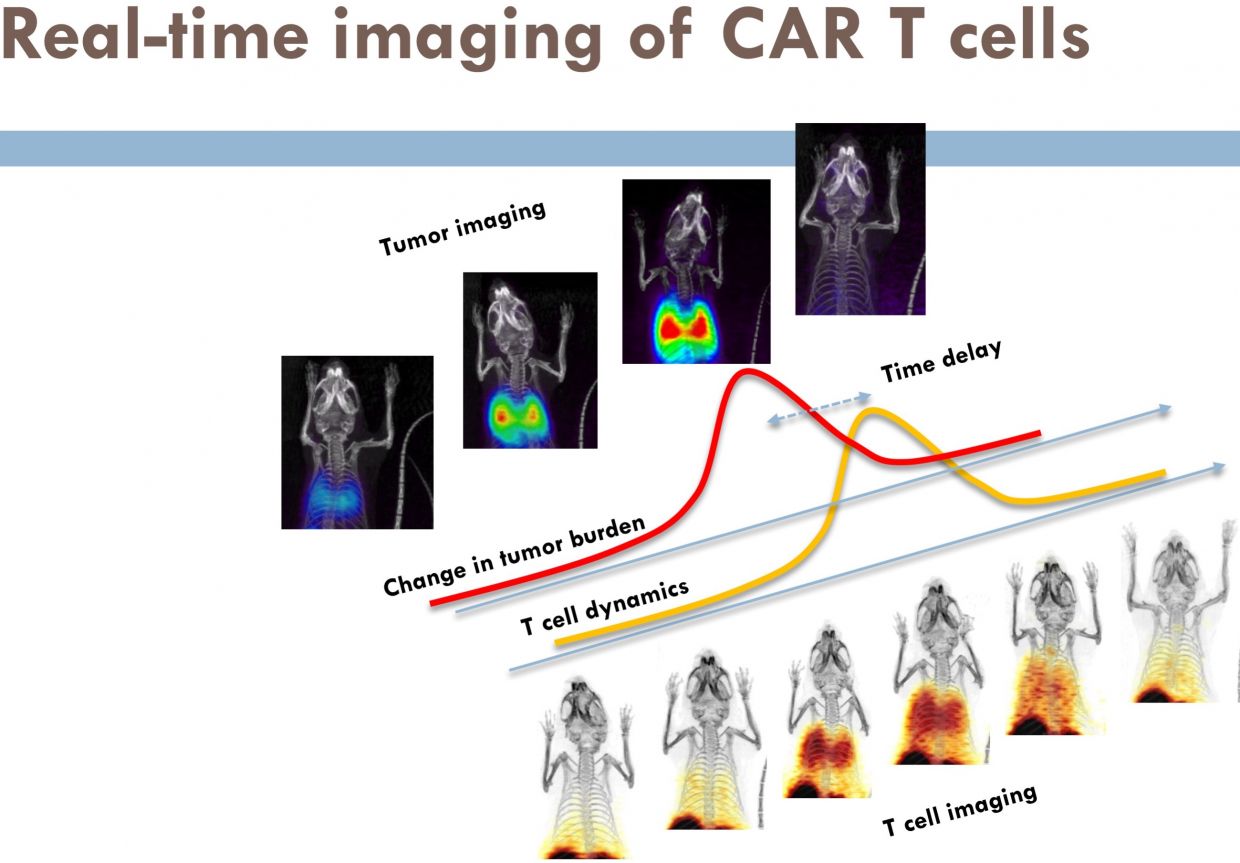 Challenges with CAR T-cell therapy in ALL

Questions on PD-L1 Diagnostics for Immunotherapy in NSCLC