A discussion about treatments for CLL/SLL

Richard Furman, M.D. Chronic lymphocytic leukemia (CLL) and small lymphocytic lymphoma (SLL) are cancers of mature lymphocytes, and are thus best described as B-cell lymphomas. CLL and SLL are the same disease, and the proper name according to the textbooks is CLL/SLL. The only difference between the two is the location where the cancer primarily occurs. Historically, when the lymphocyte count is above 5,000, the disease is referred to as CLL, otherwise, it is called SLL. In both situations, disease is typically present in all compartments, namely the blood, bone marrow, lymph nodes and spleen.

Often times the first line of treatment is actually no treatment at all. Dr. Richard Furman from Weill Cornell Medical College explains; "In the 1970's large studies were done to see the effectiveness of therapy being administered at the time of a CLL diagnosis versus waiting until the patients demonstrated evidence of active disease. Since the results showed no benefit to early initiation of treatment, the standard of care became to defer therapy until the patient is showing signs of active disease. This period between diagnosis and treatment came to be known as 'watch and wait.'

Currently, patients initiate therapy when they meet a set of criteria indicating their disease has become active and symptoms are likely to ensue in the near future. This criteria include anemia, thrombocytopenia, symptomatic splenomegaly or lymphadenopathy, or other symptoms. "The current paradigm is if a patient is under 65 years of age, he or she will likely get a standard treatment of fludarabine, cyclophosphamide and rituximab (FCR). If the patient is over 65 generally he or she will receive bendamustine plus rituximab," Dr. Furman said. However, he adds, "it is vital that we move away from chemotherapy and focus more on the benefits of kinase inhibitors that allow for more targeted treatment." Kinase inhibitors are agents that block specific enzymes called kinases. These enzymes are very integral to the functioning of cells. Since many different cell types are dependent upon different kinases, it is possible to inhibit a kinase important to one cell type only (e.g. lymphocyte versus liver cell).

The future for treating CLL/SLL patients is full of potential. "This is a critical time for treatment in CLL because we are witnessing a change in treatment paradigms. We are for the first time seeing the opportunity to move completely away from a dependence on chemotherapy. These new treatments are highly effective and well tolerated. Three new treatments that have recently been approved include ibrutinib, idelalisib and obinutuzumab. There are also two second-generation BTK inhibitors that work similar to ibrutinib and are well tolerated that are in the pipeline," Dr. Furman said. Regarding the new agents, Dr. Furman makes it clear. "Not only are they preferable because they are better tolerated but because they are also far more effective. Going forward, there is an eye toward not only short term toxicities, but also long- term health. As we continue to identify new agents, the possibility of living a long and full life with minimal toxicity is real for CLL/SLL patients, which is exciting."

This article first appeared on the Lymphoma Research Foundation site. 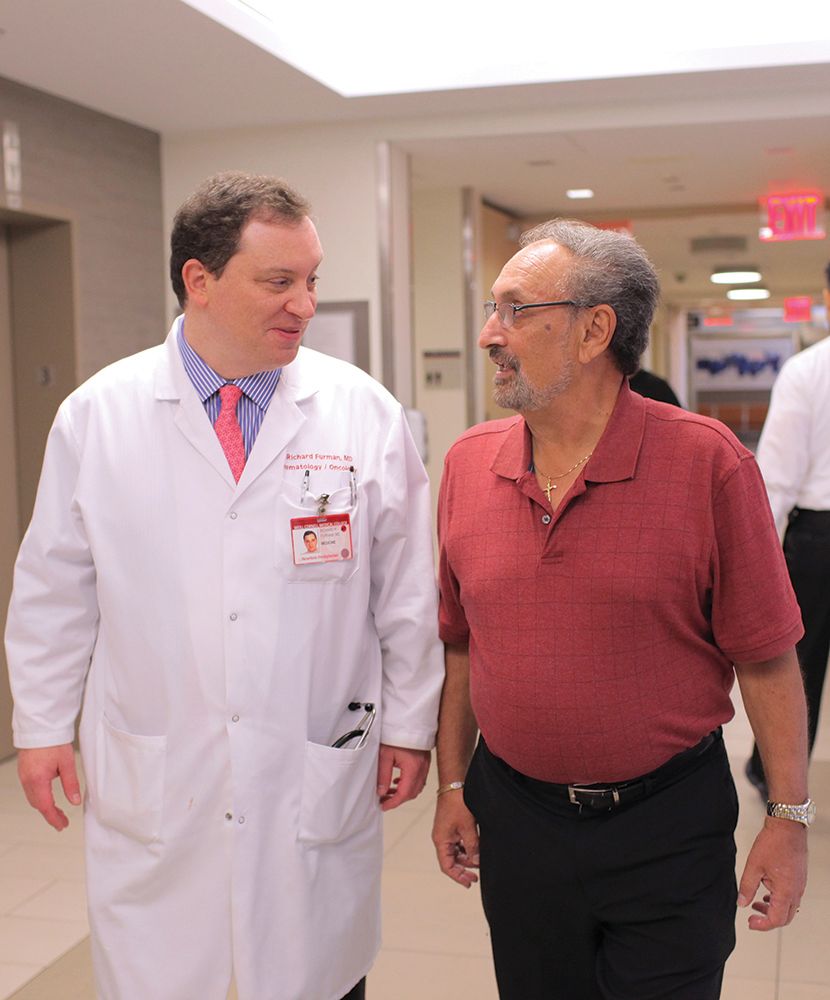 Utility of prognostic markers in CLL

Role of Transplantation in High-Risk CLL

Prognostic factors and the impact of new therapies for CLL