Chomping at the bit: Harnessing autophagy to kill cancer 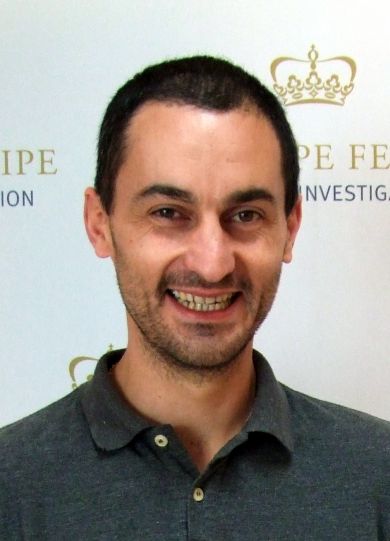 It seems like such a simple solution: kill cancer cells by triggering their own processes for death, either by suicide (apoptosis) or cannibalism (autophagy).

But nothing about cancer is simple. Scientists have learned that the very processes meant to abort rogue growth can actually help the wily cells survive, and efforts to harness the intrinsic self-destruction of cells have been disappointing, at best. At worst, they have led to unexpected systemic side effects that further compromised patient health.

Researchers at the Sandra and Edward Meyer Cancer Center at Weill Cornell Medicine/NewYork-Presbyterian are investigating the link between autophagy and the immune system in hopes of being able to create a synergistic therapy for hard-to-treat cancers.

Autophagy is a process activated when your body is under stress, often when cells are starved of energy, triggering a catabolic response. It sounds destructive, but actually it can help the cells survive by guiding them to start consuming the most dispensable stuff – the human equivalent of toenails, rather than toes, for instance.

“It can put cells in the best conditions to survive bad situations,” said Lorenzo Galluzzi, Ph.D., an autophagy expert who recently joined Weill Cornell Medicine as an assistant professor of cell biology in radiation oncology.

Initially considering triggering autophagy as a way to stimulate a self-cannibalistic form of cell death, scientists realized that they were actually better off blocking the process in cancer cells. So they started experimenting with combinations of chemotherapy and autophagy inhibitors in order to kill cancer cells faster and more effectively.

“It worked in Petri dishes, it worked in immunodeficient mice, but much less so in immunocompetent mice, and so far not in humans, either,” Galluzzi said.

About a dozen unsuccessful clinical trials later, researchers were wondering why. Galluzzi believes he knows: by taking down autophagy in dying cells, you also take down the danger signals they send out to the immune system, preventing it from launching its beneficial response.

The ideal would be a targeted autophagic inhibition among malignant cells, combined with other destructive agents like chemotherapy or radiation, while activating autophagy (and thus the immune response) elsewhere in the body, possibly through dietary restriction.

Galluzzi is beginning to test this approach, starting with a new breast cancer mouse model that should be particularly well suited to the purpose.

One big challenge will be to find the right autophagy-inhibiting drug. Drugs such as rapamycin and chloroquine -- used for transplants and as an antimalarial, respectively -- can stimulate or inhibit autophagy, but they were not designed for that purpose and have other systemic effects. Several more specific autophagy modulators are currently under investigation, and some show promise, Galluzzi said.

If successful, he’s hoping the approach might address tumors that should hypothetically respond to immunotherapy, but have so far failed to do so, such as some variants of breast cancer.

Galluzzi, who penned an extensive overview of the therapeutic potential of autophagy for Nature Reviews, said it could also be harnessed to help treat many other conditions, including cardiac disorders and neurogenerative diseases, where the removal of protein aggregates building up in the brain would be extremely beneficial. The therapeutic promise of autophagy has already been recognized in several fields and even recently received one of science’s biggest nods, with the award of the 2016 Nobel Prize in Physiology or Medicine to Japanese cell biologist Yoshinori Ohsumi.

“Despite this, no intervention aimed specifically at modulating autophagy is currently available for use in humans,” Galluzzi said. “There is considerable, but still unrealized, potential for translating preclinical findings on into therapeutic benefit for different patient populations.”