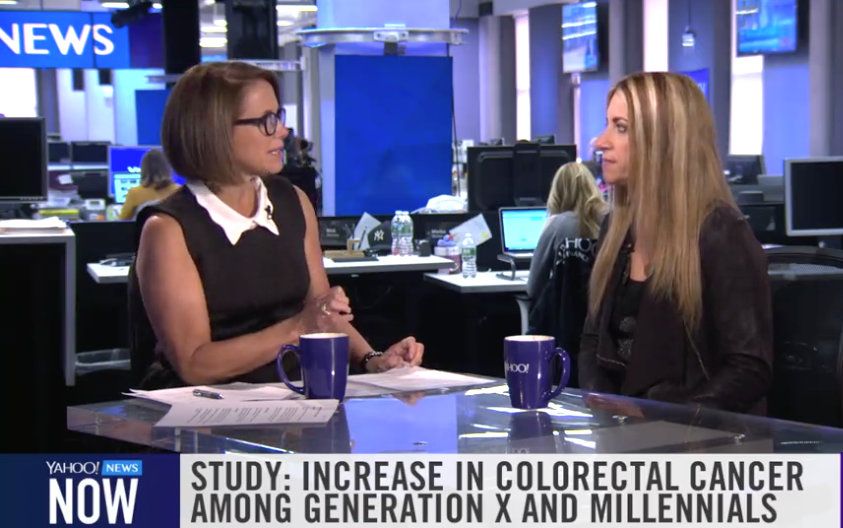 This story appeared on Yahoo News. Watch the video here.

It’s a sobering statistic. A new American Cancer Society study found that members of Generation X and millennials face up to four times the risk of colon and rectal cancer as baby boomers.

“We think it has to do with changing diet. We have an incredible obesity epidemic in the United States,” Dr. Otis Brawley, chief medical officer for the American Cancer Society, told Yahoo Global News Anchor Katie Couric.

“From other studies we do know that processed foods increase risk of cancer,” he said.

Rectal cancer rose about three percent per year from the mid-1970s in people aged 20 to 39.

When asked by Couric why current guidelines don’t recommend screening before age 50 unless there is a family history, Brawley said it’s unclear what impact it would have.

“When we see someone with symptoms that are consistent with perhaps rectal cancer, I think we have to do an endoscopic evaluation or certainly a digital rectal examination.”

“A lot of this can be sorted out simply by taking a patient history, and you can decide whether you are going to use the expensive endoscopies and very expensive diagnostic tests.”