This is an excerpt of a feature that appeared in the Cornell Alumni Magazine. Read the full article here. 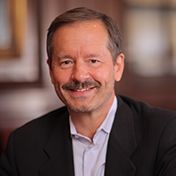 Among the scientists who are firmly in Lustig's camp on the sugar toxicity issue is one of the most prominent members of the Medical College faculty: cell biologist and biochemist Lewis Cantley, Ph.D. '75. The director of Weill Cornell's Meyer Cancer Center and a doctoral alumnus of the Ithaca campus, Cantley has some hefty scientific bona fides. When he was at Harvard in the Eighties, his lab discovered a signaling pathway, known as PI3-kinase, that's key to cell growth and to the proliferation of many cancers. That work, and his subsequent research in the field, has brought him numerous accolades including the $3 million Breakthrough Prize in Life Sciences; in January he won the Wolf Prize, considered Israel's answer to the Nobel.

When it comes to the sweet stuff, Cantley—who, like Lustig, was interviewed by Dr. Sanjay Gupta for a "60 Minutes" story on sugar toxicity in 2012—puts it baldly: "Sugar scares me." For years, he has scrupulously avoided it in his own diet, and confesses to being "incredibly frustrated" at how hard it is to find cereal or yogurt that doesn't have sugar added. Regarding the dozens of arcane terms for sweeteners on food labels, he says: "The way the packaging ingredients are being obscured, it would be hilarious if it weren't so sad."

For Cantley, the perils of sugar go beyond the diseases of metabolic syndrome. He says that its connection to cancer is becoming increasingly clear, based on analyses showing that people with type 2 diabetes—a state of extreme insulin resistance—have much higher rates of a variety of cancers, including those of the endometrium, breast, pancreas, colon, and brain. "Insulin is the best of all activators of PI3-kinase—and PI3-kinase is arguably the most mutated pathway in all of cancer," he explains. "So if you follow the logic that anything that drives activation of PI3-kinase ultimately results in cancer, and that insulin is the best way to do it, then that suggests that having high levels of insulin is likely to drive your cancer. And what drives insulin levels is sugar."

As Gupta explained on "60 Minutes," about a third of cancers have insulin receptors—meaning that if you consume more sugar than your body can process without causing insulin levels to spike, it essentially feeds tumor growth. "To me, that's what's really scary," Cantley says. "Almost 50 percent of Americans now have some level of insulin resistance; in other words, they're eating so much sugar that their insulin levels are high all the time, and that's bound to be driving their cancers—and it correlates. That's what we're seeing in retrospective studies. In my mind, the mechanism is very clear."