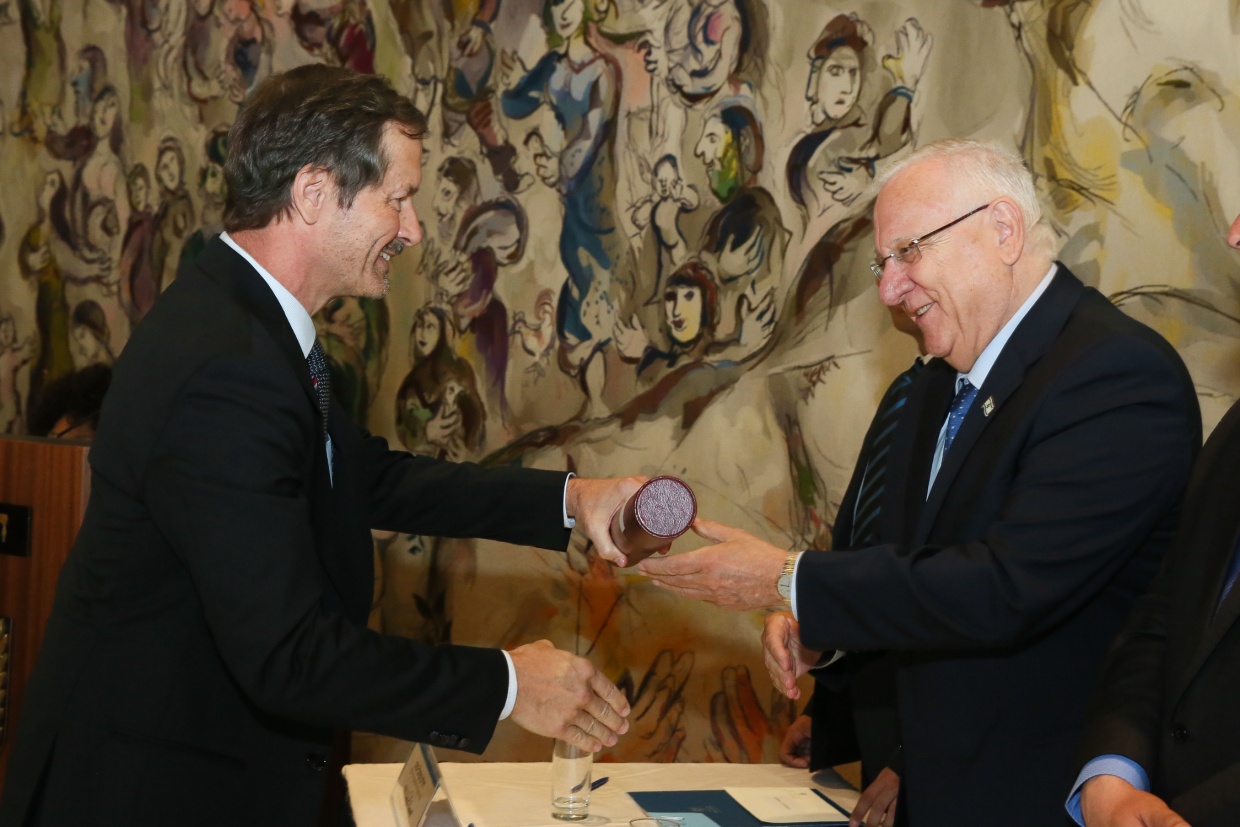 Seven winners of the Wolf Prize – considered “Israel’s Nobel Prize” – were announced on Jan. 13 at an event attended by Education Minister, Wolf Foundation chairman Naftali Bennett and Prof. Dan Shechtman, vice chairman of the foundation and Wolf Prize winner himself.

The awards, worth $100,000 in each field ($500,000 in total), will be divided this year between seven winners from three countries – Israel, the US and Canada. The prize will be presented to the winners at the Knesset by President Reuven Rivlin. A significant number of the awards this year will be given to women.

Lewis Cantley, Ph.D., will share the Wolf Prize in Medicine with Prof. C. Ronald Kahn from Harvard Medical School, for pioneering studies defining insulin signaling and its alterations in disease. Kahn’s work has been a key to elucidating the pathogenesis of type II diabetes. His observation that the insulin receptor transmits insulin signals through activation of an intrinsic protein tyrosine kinase was the first step in unraveling the insulin signaling cascade. These studies formed that basis of our present detailed understanding of the pathogenesis of insulin resistance, and in contemporaneous clinical studies, Kahn showed that insulin resistance precedes and leads to type II diabetes.

Cantley is being recognized for his discovery of phosphoinositide- 3 kinases and their roles in physiology and disease. Cantley is widely recognized for his seminal contributions to understanding growth factor signaling, cellular metabolism, and tumor formation. Indeed, genetic aberrations in this pathway are among the most common event in human cancer.

“It is a tremendous honor to receive this award, on behalf of myself and the incredible group of brilliant students, postdoctoral fellows and collaborators who I have worked with throughout my career to help elucidate the PI 3-kinase pathway and its role in cancer," Cantley said.

“It is also a privilege to share the prize with my former Harvard colleague and collaborator Dr. Kahn, whose pioneering work identifying and unraveling insulin signaling has facilitated our studies on the role of PI 3-kinase in mediating insulin responses."

Dr. Liat Ben David, CEO of the Wolf Foundation noted: “The award laureates selected have a significant impact in the fields of scientific research and artistic practice and are endowed with exceptional talent. Each and every one of them is a beacon of excellence in their field.”

This story was adapted from an article that first appeared in the Jerusalem Post.

Wolf Prizes for 2016 announced - The Wire

A Pathway to Success: Studying signal transduction in cancer and other diseases