Home > News > Missing the soil for the seeds in cancer research

Missing the soil for the seeds in cancer research

This article by Claudia Fischbach-Teschl, Ph.D, associate professor of biomedical engineering at Cornell University, originally appeared as a guest post on the Scientific american blog. Read the original here.

Claudia Fischbach While we generally consider soil as the dirt on which we walk and that we use to grow our plants, it also serves as a useful analogy for cancer. One of the most dreaded maladies of our time is like a seed, and it can only take root if we provide the right kind of tissue in which it can nest. And that’s exactly what’s problematic with most cancer research and almost all anti-cancer therapies, including chemotherapy and radiation. They emphasize the seeds and disregard the soil.

Although largely ignored for more than a century, the “seed and soil hypothesis” of cancer is not new. It was contrived in 1889 by the English surgeon Stephen Paget, who found that the spreading of tumors to other places in the body, a process called "metastasis," does not occur randomly.

Instead he suggested that tumor cells, which have dislodged from their initial mass, only grow in a distant organ if that organ offers the right soil. Owing to the revived interest in the seed and soil hypothesis over the past few decades, we now know that the same is true for tumor initiation. Young and healthy microenvironments can prevent cancer. Damaged soil, on the other hand, can facilitate tumor development by cells that would not form a tumor otherwise.

An exclusive focus on cancer cells is an incomplete analysis, as not everyone carrying faulty genes will acquire cancer. For example, a large fraction of women carrying a mutation in the BRCA gene similar to the one Angelina Jolie has will not develop breast cancer. On the other hand, women without obvious genetic abnormalities may still get the disease as only 5-8 percent of all breast cancer cases seem to be linked by genetic mutations.

The underlying conditions—the soil—significantly contributes to these clinical outcomes and receives little scrutiny.

So if the surrounding tissue with its non-cancerous cells including blood vessels and immune cells plays such an important role in cancer, why aren’t there more treatments targeting the soil rather than the seeds? And can’t we use this principle to develop cancer prevention therapies based on rendering the soil hostile for tumor cells?

Take obesity as an example. Obesity is commonly known to provide a fertile ground for tumorigenic seeds by changing healthy tissue into a tumor-supporting soil. For example, results from my laboratory suggest that obesity increases cancer risk by elevating breast tissue stiffness. This is particularly alarming because new therapies are urgently needed. The rate of obesity in the U.S. has doubled since 1980; at present more than one-third of adults are obese.

Obesity is now expected to surpass smoking as an underlying cause for cancer within 10 years. Even worse, weight loss, which is generally thought to improve health, may not reduce breast cancer risk as suggested by a recently published study in JAMA Oncology that retrospectively analyzed data from 67,142 women. These findings may be consistent with another analogy to soil: ignoring the environment may irreversibly damage the soil. Accordingly, weight loss may not fully normalize obese adipose tissue and hence its tumor-suppressive capability.

Researchers and pharmaceutical companies study cancer in Petri dishes or mice, but neither recreates the behavior of patient cells accurately. Therefore, new drugs often look promising in preclinical trials, but frequently fail when tested on patients because the “soil factor” is not taken into account.

Engineers may help with this. My research group and others have already designed model platforms that more closely recapitulate the cellular and molecular composition of tumors in humans. For example, seeding cancer cells into porous scaffolds mimics the signaling that tumors use to attract their necessary supply of new blood vessels in the body. When made from a patient’s own cells such models enable personalized drug testing without subjecting the actual patient to their harmful side effects.

Furthermore, how the functioning of the whole body may affect cancer can be tested in so-called body-on-a-chip models. In these systems, miniature versions of different organs are connected through vascular channels on a plastic chip. When modified to reflect changes in overall body conditions such as obesity, new mechanistic insights may be identified. These new insights, in turn, may be used for the development of new therapies affecting the soil rather than the seed, a strategy that offers promise to help the ultimate goal of cancer prevention. 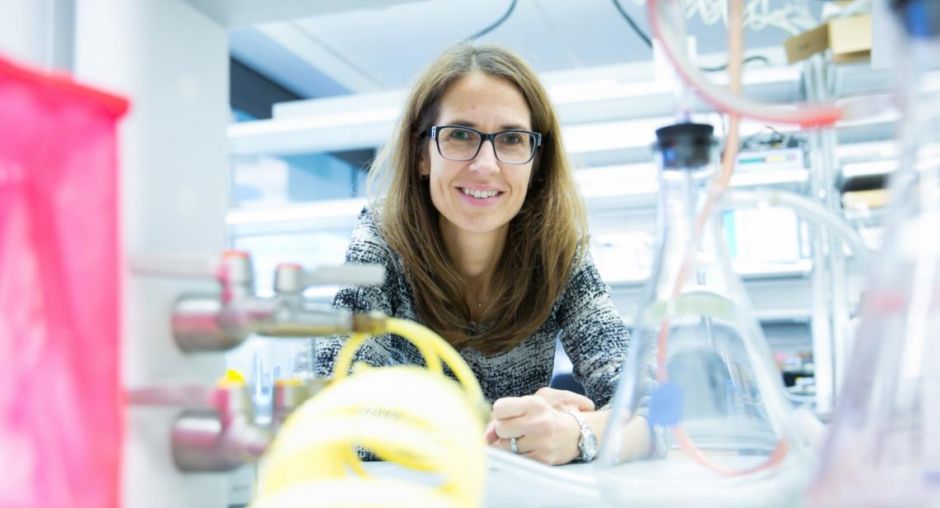 Study to focus on breast cancer link to bone metastasis

Grant launches center on the physics of cancer metabolism