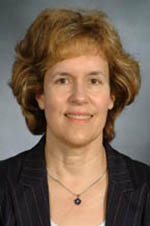 Researchers at Weill Cornell Medical College have discovered what they believe may be the first effective drug therapy to prevent tongue cancer, one of the world’s most common cancers. The finding is reported in the June 2 issue of PNAS.

Currently, tongue cancer is treated with radiation and surgery, which can be very disfiguring. Because the cancer is often discovered at later stages — such as when a patient has difficulty swallowing — the five-year survival rates are less than 50 percent.

"Clearly, we need a treatment that can work to help prevent development of the cancer in people at risk, reducing the need for radical surgery," said Dr. Lorraine Gudas, chair of the Department of Pharmacology at Weill Cornell.

"The two drugs we tested showed remarkable benefit in our animal studies and our animal model mirrors development of human tongue cancer. While we have much research yet to do, this is a very exciting discovery," she says.

One of the drugs, Bexarotene, is approved by the FDA to treat T-cell lymphoma. The other, CD1530, is a synthetic derivative of vitamin A, similar to a cousin vitamin A derivative that is currently used as part of a combination chemotherapy for a blood cancer, acute promyelocytic leukemia.

"This is the first time this combination of agents has been used in a solid cancer, and given the impressive results we have seen in this preclinical study, we plan to test this combination in other solid tumors," Dr. Gudas says.

In the study, mice were given a carcinogen that causes the development of tongue cancer. Mice treated with the two drugs developed 75 percent fewer tumors on average than did untreated mice. "We have never seen such a dramatic reduction in cancer that was destined to develop," Dr. Gudas says.

If clinical studies prove successful, individuals at risk for developing tongue cancer — those who smoke and drink alcohol heavily, have a family history of the disease, or develop white "leukoplakia" lesions in the mouth that can signal future development of the cancer — could be treated preventatively, Dr. Gudas says.

She says that there may be a link between the blood cancers treated by vitamin A derivatives and the tongue cancer she has been studying. In both cases their growth likely depends on cancer stem cells — and Bexarotene and CD1530 may modify specific properties of these stem cells.

"This synergistic inhibition may also work on some of the solid cancers in which cancer stem cells play a pivotal role. If the drugs work to prevent tongue cancer, they may also work to treat cancer that has already developed," she adds, "and we are currently doing those studies.

"For the first time, we may be able to develop ways not just to treat, but to prevent, tongue cancer, and that is a remarkable development in this disease."