Physician-scientists from the Meyer Cancer Center were the go-to experts when it came to commenting on several studies presented at the American Society of Clinical Oncology (ASCO) 2017 Annual Meeting in Chicago. 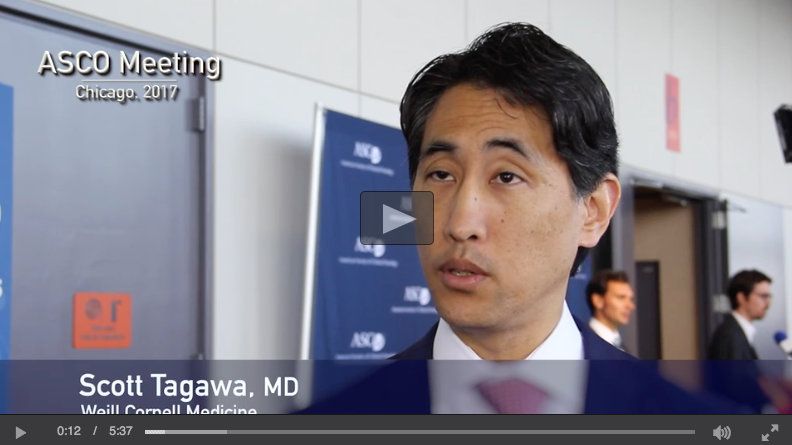 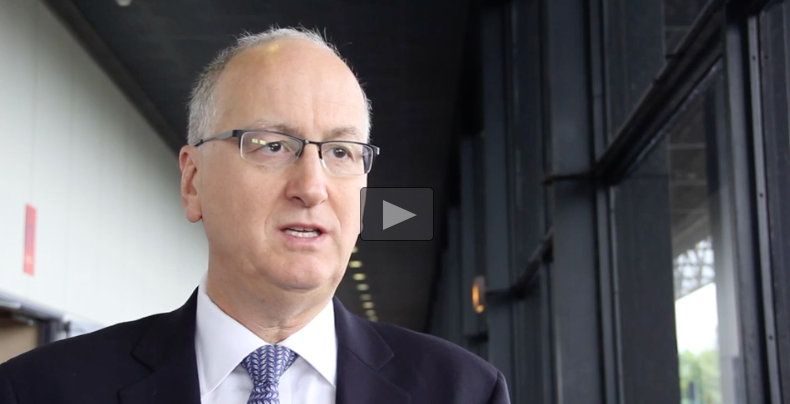 Nanus also appeared in a video on MedPage Today discussing the performance of a high-intensity 508-gene circulating-tumor DNA (ctDNA) assay in patients with metastatic breast, lung, and prostate cancer.

And he was questioned about a study that suggested that low testosterone levels are prevalent among testicular cancer survivors. "This study is eye-opening, and maybe somewhat practice changing in that we need to be monitoring testosterone levels. Everybody should know this, including interns, because a lot of these patients are not cared for by oncologists after 10 or 15 years. I know I will start keeping a closer eye on it," he told HemOnc Today.

Allyson Ocean, M.D., commented on the results of the SUNSHINE trial, which suggested that Vitamin D can slow colon cancer progression. She told Medscape Medical News that the results are "quite intriguing" but a phase 3 trial is needed. "I check vitamin D levels and replete vitamin D when necessary for my patients, but we need more data to know if this should be practice changing."

Holly Prigerson, Ph.D., and Kelly Trevino, Ph.D., of the Center for Research on End-of-Life Care, were consulted about three novel approaches for addressing fear in cancer patients that showed statistically significant efficacy in new clinical trials.

Trevino commented about an Australian study that tested a psychological intervention called "Conquer Fear." She said it was an important study and an important area of research. "The people receiving the intervention had a change that may impact their life and their well-being," she told Oncology Times.

Prigerson also offered commentary about a web-based stress management program presented at the conference. In a Perspective piece for HemOnc Today, she noted:

"There are numerous advantages to online psychotherapy, including potentially widespread access, convenience of time and place, less stigma or embarrassment in interacting about emotional concerns face-to-face with a therapist, and less cost — both out-of-pocket costs to patients and clinical and insurance costs for delivery. However, there is a need to establish efficacy of purely online psychotherapy....Perhaps analogous to Pinocchio becoming a real boy, online therapy may be a beneficial “puppet” therapy, but a software program is only as good as what it is programmed to do. It cannot pick up on subtle or nonverbal or unexpressed thoughts and feelings, improvise or have new insights."

Stephen Lipkin, M.D., Ph.D., commented on the ProfiLER study, which suggested that comprehensive genomic profiling can be performed in routine practice to select patients for targeted cancer therapies.

"Patients who received targeted therapy had longer survival, so that's the most important point," he told MedScape. "This is an exciting, positive study that shows a higher rate of patients benefiting than has been seen in previous smaller studies, and the next step is to move to large randomized trials" 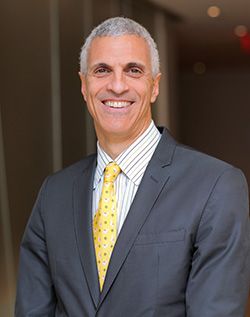 Mark Souweidane, M.D., gave his opinion about the results of a study by the Pediatric Brain Tumor Consortium which suggested that selumetinib appeared effective and safe for the treatment of recurrent or refractory low-grade glioma in children.

"To have a phase 2 study like this conducted that demonstrates the ability to target central nervous system tumors in a cohort of patients treated with a MEK inhibitor, and demonstrating real responses — that is phenomenal in and of itself. This demonstrates efficacy of a concept that has gained a lot of attention for good reason," he told HemOnc Today.

Bishoy Faltas, M.D., presented a summary of abstracts at the Bladder Cancer Genomics session and his take on the current status of the field. As reported in UroToday, he concluded that: germline mutations are more common than previously known and that family history and screening are critically important; somatic DNA damage repair mutations are associated with better outcomes with immunotherapy and that better tests may help better select patients for systemic therapy or immunotherapy; and tumor heterogeneity and evolution are major barriers to durable clinical responses.

Ashish Saxena, M.D., Ph.D., commented on the results of the ALEX study, which showed that newer anaplastic lymphoma kinase inhibitor alectinib (Alecensa, Genentech) dramatically increased progression-free survival and also dramatically reduced the risk for brain metastases for patients newly diagnosed with ALK-positive non-small cell lung cancer (NSCLC). "I think that alectinib will be the standard to begin with because the efficacy is so much better," he told Medscape Medical News. "The data is compelling enough for the FDA to expand the indication to the first-line setting."

Manish Shah, M.D., weighed in on a study that concluded that tree nut consumption, as well as a generally healthy lifestyle, significantly reduced the risk of cancer recurrence and death in patients with stage III colon cancer treated in the Cancer and Leukemia Group B (CALGB) 89803 trial. “The study found a 46% reduction in the risk of recurrence with two servings of tree nuts a week, and that’s more than we usually get with chemotherapy. If this is real, it’s amazing,” he told The ASCO Post. He noted that with the identification of molecular subtypes in colon cancer, “we used to be lumpers, and now we are splitters.” It will be even more “compelling” if nut consumption exerts a greater impact on certain subtypes than others, as could be expected if the effect of tree nut consumption on reducing the risk of recurrence has a biologic rationale. Meanwhile, the data suggest that “eating nuts reduced risks across the board.”