This is an excerpt of a story that appeared in MedScape. Read the full article here. 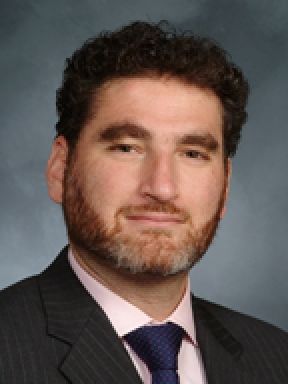 Four-year follow-up data from one of the largest single-institution datasets in the United States show that the Model of Recurrence After Liver Transplant (MORAL) score for hepatocellular carcinoma is highly predictive of recurrence-free survival and can accurately identify patients who should not undergo liver transplant with a living donor.

The simple test, which measures neutrophil-lymphocyte ratio (NLR), alpha-fetoprotein (AFP) level, and tumor size, was superior to the Milan criteria — the decades-old gold standard for assessing recurrence risk and transplant eligibility, says a research team led by, of the Division of Liver Transplantation and Hepatobiliary Surgery at Weill Cornell Medicine.

The MORAL score predicted recurrence both before transplant (pre-MORAL score) and after transplant (post-MORAL score), with c-statistics of 0.82 and 0.87, compared with 0.63 for the Milan criteria. A combination of the two scores produced a "combo-MORAL" score with a c-statistic of 0.91, the researchers report in the March issue of Annals of Surgery.

"The best utility for the transplant community is when we add this [MORAL score] to Milan," Dr Halazun commented in an email to Medscape Medical News. He said that the Milan criteria have made a "huge impact on the liver transplant landscape in the US and worldwide," but pointed out that Milan criteria are based on radiologic findings, whereas the MORAL score objectively measures indices of tumor biology associated with risk for recurrence.

Patients with a high pre-MORAL score and tumors with aggressive biology should be excluded from transplant or given intensive therapy followed by observation "to either alter tumor biology or allow it to declare itself," the researchers emphasize.

Conversely, a low pre-MORAL score is associated with a 5-year recurrence-free survival rate of almost 100%, effectively eliminating "the likelihood of tumor recurrence," they say.

Although the MORAL score, as a stand-alone score, appears to be highly predictive of recurrence-free survival, when the researchers used it as an adjunct to the Milan criteria, they identified a subgroup of patients at higher risk for disease recurrence than had previously been thought.

"If validated by external groups, this score can act as an adjunct to the Milan criteria, allowing for a more objective identification of tumors with aggressive biology and aid in the selection and management of patients with HCC to undergo liver transplantation," Dr Halazun and colleagues say.

The team is currently working with groups in the United States and Europe to validate their MORAL score, Dr Halazun told Medscape Medical News. "We should have these results within the next year or so."

Give a liver, save a life