It’s not the news you wanted to hear from your doctor—“You have prostate cancer.”

Fortunately, as with 97% of men diagnosed with this cancer, it hasn’t spread to other parts of your body.

Even better news: Your cancer is classified as “low risk,” which means your risk of dying from it over the next 15 years is less than 1%.

Now you have to decide what to do. Treatment such as surgery, hormones or radiation entails side effect risks such as erectile dysfunction and urinary incontinence. These days, in a big change in medical practice, more and more men who are newly diagnosed with low-risk prostate cancer have options that entail not seeking immediate treatment.

But here’s the problem: Many men make the wrong choices, according to a recent study. Here’s what you need to know to make the right ones. 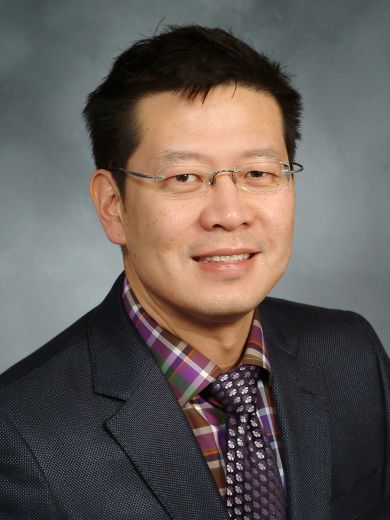 Jim Hu, M.D. Researchers at Weill Cornell Medicine analyzed data collected by the National Cancer Institute on about 38,000 men who were 65 or older and had been recently diagnosed with prostate cancer. They then followed the men’s progress over the next few years.

About half of the men were classified as having low-risk prostate cancer based on their Gleason scores, which gauge how aggressive the disease is likely to be. A Gleason score ranges from one to 10, and a score of six or less is considered low risk.

To help identify common mistakes men may make, we spoke with the senior author of the study, Jim C. Hu, M.D., a professor of urology at Weill Cornell Medicine and urologic oncologist at NewYork-Presbyterian Hospital in New York City.

To understand your choices, he explained, it’s key to know the difference between the two options for men if they do not seek immediate treatment—“watchful waiting” and “active surveillance.”

While both strategies entail not being treated immediately, they are very different. The goal ofwatchful waiting isn’t to cure or even treat the disease. It’s not a good option for men with low-riskcancer. It’s generally for men who, because of advanced age or a medical condition, are likely to die from something else before prostate cancer becomes a mortal threat. If the disease causes symptoms such as pain, these are managed, but the goal isn’t cure.

Many patients, and even some doctors, confuse the two terms. But here’s why it’s so important to clear up the confusion. With watchful waiting, men don’t really need to get prostate-specific antigen (PSA) or other tests. “In contrast, active surveillance involves monitoring the patient regularly,” said Dr. Hu. Although there is no standard protocol for active surveillance, most recommendations call for repeat PSA tests, office visits for digital exams and a second biopsy within two years of the diagnosis.

HOW TO DO ACTIVE SURVEILLANCE RIGHT

If you choose to go the active surveillance route, do it the smart way. Dr. Hu recommends that for the first two years after your diagnosis…

What happens next depends on those first two years. If it looks like your cancer is stable and not progressing, your doctor may suggest less frequent follow-ups. But if there is evidence that the cancer is becoming more aggressive, then you can decide at that time whether radiation, surgery, hormone therapy or some combination of these treatments is right for you. You may never need treatment, but if you do, you’ll get it when it’s still highly effective.

The next steps for biopsies in prostate cancer

Should we abandon PSA testing or make it more targeted?

Almost all men with early prostate cancer survive 10 years, regardless of treatment

Already too late to stop costly radiotherapy and surgery technologies?