This is an excerpt from an article that appeared in the Journal of the National Cancer Institute.

Cancer Research UK and the UK Health Forum recently issued a report,Tipping the Scales: Why Preventing Obesity Makes Economic Sense, that estimates 72% of adults in the United Kingdom are predicted to be overweight or obese by 2035—including 45% of those in the lowest-income quintile projected to become obese. The uptick in obesity is predicted to increase the number of new cancer cases in the next 20 years by 670,000 along with an increase in other chronic diseases. According to Nicola Smith, a senior health information officer at Cancer Research UK, if these numbers are reduced by 1% every year from the predicted trend, about 64,200 cancer cases could be avoided over the next 20 years.

Avoiding substantial weight gain while maintaining physical fitness is a likely way to avoid metabolic imbalances such as insulin resistance and high circulating levels of hormones. Avoiding such imbalances, in turn, can decrease risk of type II diabetes, cardiovascular disease, and endometrial, postmenopausal breast and colon cancer according to observational studies. Yet, whether losing weight can decrease one’s risk of obesity-related cancers is trickier to study in part because monitoring such individuals takes a long time and because of potentially confounding factors that may distinguish those who remain overweight from those who can achieve and maintain weight loss. 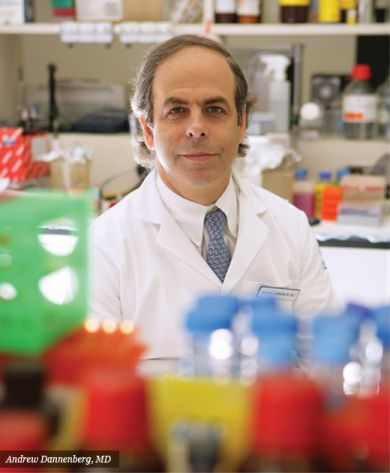 One fat depot that has been carefully dissected is the white adipose tissue of the breast. Andrew Dannenberg, M.D., associate director of cancer prevention at the Sandra and Edward Meyer Cancer Center at Weill Cornell Medical College in New York, and colleagues found that inflamed white adipose tissue of the breast occurs in most obese women with breast cancer and is associated with increased levels of aromatase, the rate-limiting enzyme for estrogen biosynthesis (Cancer Prev. Res.2011;4:1021–9). That local effect of inflammation and aromatase expression in fat tissue is thought to promote cancer progression in women with breast cancer and may be a marker of breast cancer risk. “Aromatase is as well-vetted a target in breast cancer as one can imagine. Large trials have shown women at high risk of breast cancer who take an aromatase inhibitor have as much as a 50% reduction in risk,” Dannenberg said.

Systemic metabolic syndrome also has been linked to increased breast cancer risk, but “exactly why is unclear,” Dannenberg said. Tying the initial demonstration of local breast tissue inflammation to systemic metabolic factors, Dannenberg’s lab showed that about half of the 100 women with early-stage breast cancer who have white adipose inflammation in the breast also had elevated insulin, glucose, triglycerides, and other markers of metabolic syndrome. In a second cohort of 127 women, inflammation was associated with a worse course of disease for women who go on to develop metastatic breast cancer (Clin. Cancer Res.; doi:10.1158/1078-0432.CCR-15–2239). “This leads us to postulate that inflammation may be critical for understanding the established link between metabolic syndrome and breast cancer risk,” Dannenberg said. “However, if inflammation has multiple effects including contributing to insulin resistance, then anti-inflammatory strategies to reduce risk may be more effective than simply targeting insulin.”